Introducing competition to the health sector should be treated with caution 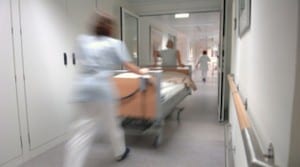 Published at The Conversation, Monday 5 December

The Productivity Commission’s study report on introducing competition into human services was quickly labelled as proposing privatisation of hospital, end-of-life and dental services.

This isn’t really the case. The report is actually quite cautious and not too radical. Whether the next phase of the commission’s work follows the same careful approach is yet unknown.

The Productivity Commission has adopted a two-stage approach; the report released today marks the end of the inquiry’s first stage. This “study report” does not make recommendations, simply “findings” based on its research and consultations. This report aims to identify priorities for the next phase of investigation.

What is peculiar about this report is that it is a report by a Commonwealth agency investigating state services – public hospitals, public dental services and specialist palliative care are all majority-funded by states – and providing advice which may not take into account the day-to-day service realities.

The report ignored primary medical care, an area where the Commonwealth has responsibility. The increasing corporatisation of general practice, and the potential for strengthening information about primary-care quality, probably should have been included. This leads one to ask what criteria were used when deciding what to cover.

A theme of the report is that service responsiveness – of public hospitals, dental services and end-of-life care – would be enhanced if consumers knew more about what the services delivered in terms of outcomes (quality of care) and timeliness.

This finding seems pretty innocuous and obvious. Even so, the Productivity Commission put some fairly large caveats on its findings. For example, it noted health literacy – the ability to understand options and make choices about health care – is not evenly distributed, so patients with low levels of health literacy would need support to use information that may become available.

Patients at the end of their lives may be vulnerable to inappropriate pressure and may need to be protected.

However, what is still unclear is how this improvement occurs. There is little evidence patients use the information provided. There have been calls to spend more energy working out what will improve care, rather than simply reporting on outcomes.

Notwithstanding that, contemporary best practice is to have more information about quality (and other measures) in the public domain. That is so even if this is only to stimulate hospitals and other agencies to be more aware of their own performance and thus enhance their own motivation to improve.

Competition is not a panacea

The terms “privatisation”, “competition” and “pro-competitive” reforms have many meanings. At one end of a continuum, competition could simply mean providing more information to general practitioners to help them with referrals. Further along the continuum, one could see enhanced ability of patients to choose among public providers. A more radical approach would be to allow choice between public and private providers.

Competition can enhance quality in normal markets, but health markets don’t always follow the same rules. A recent report, which looked at the impact of competition and consumer-choice reforms in England on quality of care for elective procedures, found quality of care for hip and knee replacement appeared to fall. But quality for coronary bypass patients was not affected (either positively or negatively).

This study reinforces the long-held “it depends” finding of theoretical economists: competition can have a positive impact on health-care quality, but only in some places. The report doesn’t look at whether Australia’s health-care system would be one of these places.

As the commission’s report notes, there are costs in implementing reforms. This is even more true if the competition reform is poorly designed or implemented. The most notable recent example of policy failure is the introduction of competition into the vocational education market.

Together, this means pro-competition policies in the health sector are no panacea, and may even cause harm.

The main problem with the commission’s report is the frame adopted. The commission was given a hammer by Treasurer Scott Morrison who charged it with examining “competition and user choice”. The commission started with that frame and found a whole lot of nails.

It was not asked how best to improve quality, for example. Starting in a different place would almost certainly have produced a different outcome.

Although the commission’s report adopts a cautious approach, more could have been written about the prerequisites that need to be in place before pro-competitive reforms are introduced. Heeding the Australian Competition and Consumer Commission’s warnings about the need for robust regulation is one example.

As it is, the commission has probably done as well as could be expected from its terms of reference. It has produced a cautious report which will give some stimulus to more public reporting. It has not given its unqualified support for more competition, because if it did, it would be going well beyond any evidence.