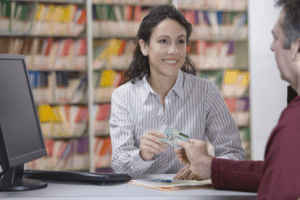 The Labor Party has released a summary of the proceedings of its ‘National Health Policy Summit’, held in Canberra on 3rd March. Good on the ALP for holding the summit. Trouble is, the ‘communique’, while summarising the views of the quite diverse range of participants, gives no clear indication of where Labor might be heading.

First, some background. The summit was initiated by federal Labor’s Shadow Health Minister, Catherine King, together with Shadow Minister for Ageing and Mental Health, Julie Collins. It was held in Parliament House with about 180 attendees, including more than 20 Labor MPs. Labor Leader Bill Shorten was present for the whole day. Attendees included consumer organisation representatives; past and present presidents of the Australian Medical Association; private-sector lobbyists including from private hospitals and insurers, and from the pharmacy and devices industries; academics; and a scattering of clinicians.

There were eight ‘round table’ sessions: Protection, prevention and promotion; Primary, secondary and community care; Hospitals; Mental health and suicide prevention; Tackling health inequality and other whole-of-government challenges; Ensuring universal access for all Australians; Innovation across the health system; and Equipping Australia’s health workforce for the future. Session chairs gave feedback at the end of the day, before concluding comments from Bill Shorten.

The communiqué includes an appropriate focus on equity and socio-economic disadvantage. The specific issue of Aboriginal and Torres Strait Islander disadvantage was raised by Bill Shorten in his opening speech and discussed in several sessions.

As was also to be expected, problems with Commonwealth-state relations – or the need to improve coordination between the different spheres of government – were raised in a several sessions.

Less expected was a pervasive call for better data, and access to data. Data recommendations were made by six of the eight round tables: Protection, prevention and promotion (where there was support for national surveys to monitor progress); Primary, secondary and community care (support for indicators of results); Hospitals (where improved data and data sharing could improve the quality and efficiency of patient care); Ensuring universal access (better use of data in primary care); Innovation (data to improve efficiency); and Equipping Australia’s health workforce for the future (better workforce data).

Several round tables saw opportunities to improve the efficiency of the health care systems by investing in primary care; using the workforce more effectively; and creating better links between hospitals and other facilities (for example, some people who present at hospital emergency departments which could be treated in primary care or in the resident’s aged-care facility).

Another common theme was the need for health-sector policymakers to build on the strengths of Medicare and keep in touch with local communities (‘decision-making is too centralised in the hands of insiders in Canberra’; and that there needs to be a ‘stronger narrative from governments on the purpose of health policies and programs’).

The Summit communiqué commits Labor to work with participants (and others) to ‘refine and develop its policies over this term of Parliament’ and that it have more detailed discussions around the Summit priority issues.

I co-chaired one of the round table sessions, so any evaluation I make of the summit is from that ‘insider’ perspective. What struck me was the openness and energy of the summiteers. The media were allowed in. There were lots of new ideas. Summiteers were not at all the ‘usual suspects’. They came with views from across the political spectrum, the common theme being a desire to influence the policy process.

And it truly was a ‘listening’ exercise. For example, Bill Shorten sat in one of the sessions I attended and took copious notes but did not attempt to articulate existing policy. Likewise, the Shadow Minister for Families and Social Services, Jenny Macklin, who co-chaired my session, essentially listened and took notes.

The challenge for Labor, though, is what it does next. The communiqué commits the ALP to working with summit participants (and others) to ‘refine and develop its policies over this term of Parliament’. The communiqué is a mix of problem statements and broad policy directions. The devil will be in the detail, as the alternative government seeks to balance pragmatic political reality, fiscal responsibility, and the policy aspirations articulated by the summiteers.

Time will tell whether unleashing the enthusiasm of summiteers pays off in better health policy for patients and taxpayers.