Malcolm Turnbull be warned: the young are coming - Grattan Institute

Malcolm Turnbull be warned: the young are coming 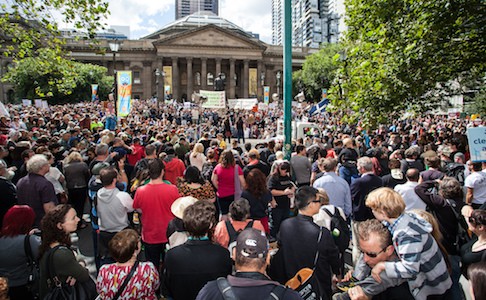 Published by The Guardian, Monday 26 June

The UK election shows that young people can once again be a force in politics. After years of being dismissed as apathetic and disengaged (and treated accordingly), young voters turned out in big numbers. Their very strong split towards Labour played a pivotal role in the surprisingly poor showing of Theresa May’s Conservative government.

Post-poll surveys suggest young people voted overwhelmingly for Jeremy Corbyn’s Labour party. According to the YouGov poll, more than 60% of under-30s voted Labour compared to 20% for the Conservatives. This polarity was reversed at the other end of the age spectrum: almost 70% of people aged over 70 voted Conservative. 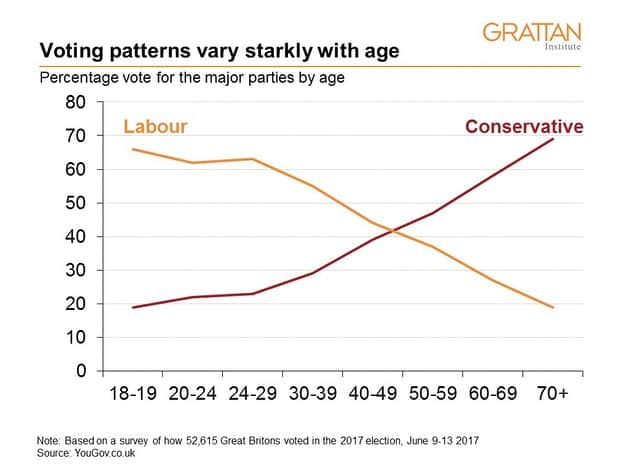 Of course the young have always leant to the left, but the gap has increased starkly over time. Young UK voters have moved strongly towards Labour since the 2010 election, and those over 65 increasingly favour the Conservatives. 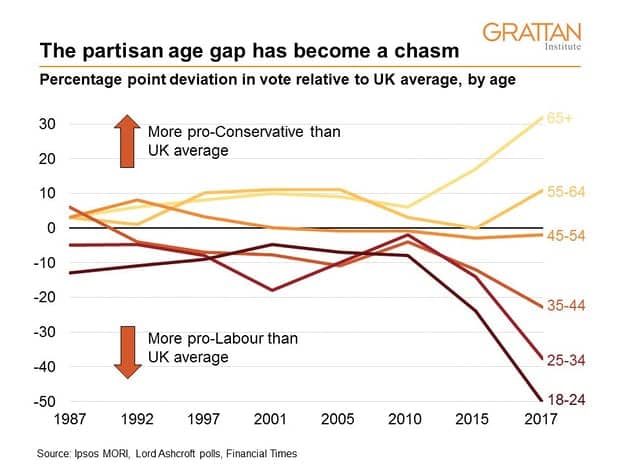 Young people compounded their impact in the 2017 election by showing up to vote. Before the election, pollsters reported that around 74% of 18-34 year olds were very certain they would vote. This compares to 43% in the 2015 election. And they now seem to have a taste for it: after the election 85% of 18-34 years olds indicated they would vote if another general election were called.

This “youthquake” contributed a large (and unexpected) swing to Labour. Corbyn did best in the seats with the highest percentage of 18-24 year old voters.

What has got young Brits so engaged?

On many economic indicators, UK millennials are faring poorly.

Incomes for young people have been hit particularly hard by a decade of stagnant wages growth. People born in the 1980s now have lower incomes than people born 15 years before them at the same age.

And young people are entering the workforce with bigger university debts. After increases in university fee caps in 2012, average debts for graduates doubled to more than £40,000. Further changes to the loan scheme announced in the 2015 budget will add to the repayment burden.

House prices have risen faster than incomes, contributing to a fall in home ownership among young people. Ownership rates for 16-24 years olds have fallen from 54% to 34% in the two decades to 2016.

And young people will inherit sizable government debts and a pension and social care system many regard as unstainable given the ageing population.

Labour pledged action on many of these issues, promising to abolish tuition fees and to build 100,000 affordable homes each year, with priority given to first-time buyers.

Australia’s young are also falling behind

These issues would seem eerily familiar to Australian politicians.

Grattan Institute’s 2014 report The Wealth of Generations documented a range of economic pressures on young Australians. Over the past decade, older households captured most of the growth in Australia’s wealth. Households aged between 65 to 74 are on average $400,000 richer than households of the same age 10 years ago. In contrast, the wealth of households under 35 has barely increased over that period. 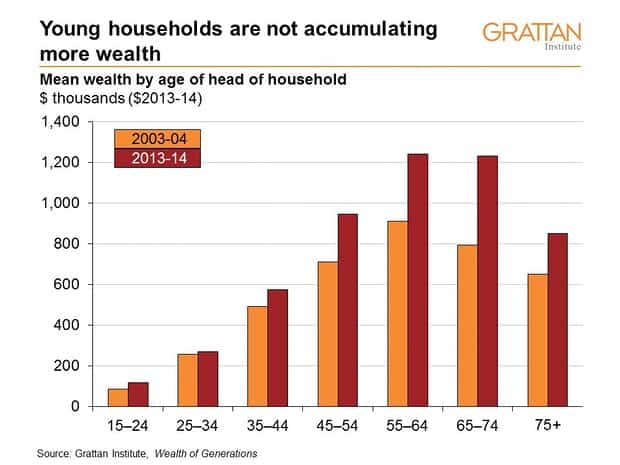 The boom in house prices has made the problem worse. Older households have made big capital gains. With low and falling rates of home ownership, younger households have shared less of this windfall. The housing affordability package in the 2017 federal budget shied away from polices that would make a real difference.

In contrast to their British counterparts, young Australians have increased their incomes over the past decade, but there are emerging risks with stagnating wages and cuts to penalty rates.

And young Australians are contributing more to the costs of their university education while governments allocate a bigger proportion of tax revenues to older people. Rising government debt will also drag on the prosperity of the next generation. 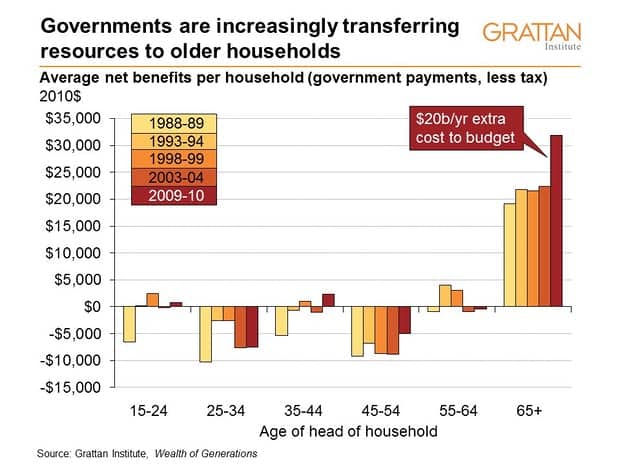 Is Australia facing a youthquake?

There are some signs young people in Australia are becoming more politically engaged. Around 70% of 18 years olds voted in the 2016 election, up from 50% in 2013. And the number of 18-24 year olds not enrolled fell from 400,000 to 250,000 over the same period. Participation rates among the young, however, are still well below the national average of 95%.

The youth vote for the Coalition and the Labor party was pretty similar in 2013, but about 8% of the youth vote shifted from minor parties to the Greens. These are House of Representatives results – the Senate vote was similar.

The UK election result should serve as a warning to Australian governments. Many young people feel let down by current government policies. Politicians will dismiss these concerns at their peril. Pushed too far, young people can become a political force to be reckoned with.