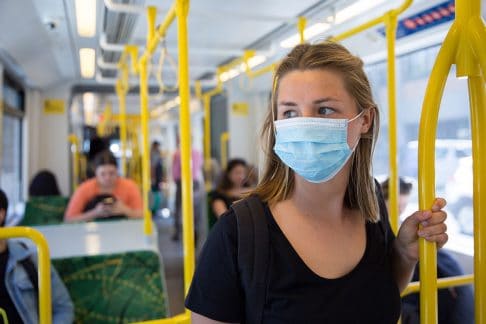 Melbourne inches towards the end of lockdown

Published at The Conversation, 27 September 2020

Victorian Premier Daniel Andrews has announced an end to the curfew and a COVID-safe return to work for 127,000 Melburnians, as restrictions ease at 11.59pm tonight. He has also flagged a provisional early lifting of many other aspects of the lockdown on October 19.

The downward trend in new COVID-19 cases has been better than expected, with the crucial 14-day moving average of daily new cases reaching 22.1. This is good news for Victorians, prompting Andrews to move metropolitan Melbourne to the second step of the state’s roadmap to COVID-normal.

According to the roadmap, today’s announcement was contingent on the 14-day rolling average being below 30-50 cases. The 50-case mark was passed on September 17, and the lower bound of 30 cases was reached a week later, on September 24. 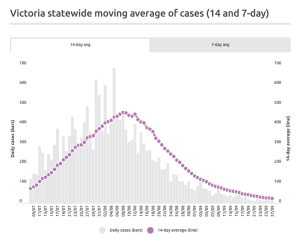 Rather than easing restrictions when the criterion for new cases was met, the government had also, unnecessarily, set a date for moving to the second step: September 28.

Before today’s announcement, the better-than-expected decline in case numbers, coupled with the reduction in the number of “mystery” cases with an unknown source, had led Andrews to flag the possibility of easing restrictions faster than the provisional dates in the roadmap.

This is indeed what he has announced, with the next step potentially moving forward from October 26 to October 19. The government will now rely predominantly on epidemiological thresholds rather than dates. But Andrews added it is necessary to monitor the effects of today’s announcement for a further three weeks.

Andrews and his advisors had to keep in mind the ultimate goal of reaching zero active cases. Lifting restrictions too soon would jeopardise that.

The main changes are cautious ones, and still consistent with the zero target. The key changes are shown below.

Melbourne’s revised path out of lockdown 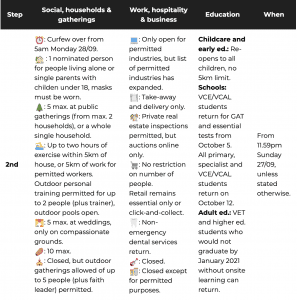 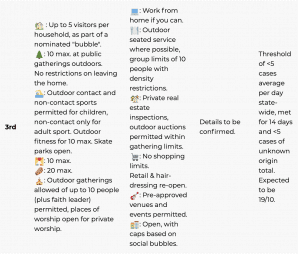 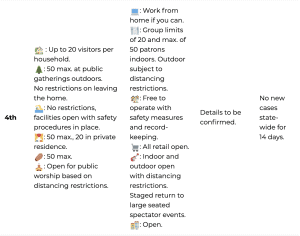 One of the most welcome changes will be the abolition of the curfew. It had no real evidence base, given the other restrictions in place, and it became a policy orphan with no one owning up to recommending it.

The other major change is to formalise the return of on-site schooling. The research evidence on schools is complex, with different countries adopting very different rules about whether children can attend. But evidence suggests transmission risk is lower for kids under ten, so primary school return is welcome.

The return of VCE and VCAL students is presumably based on the assumption older teenagers should be able to follow physical distancing guidelines.