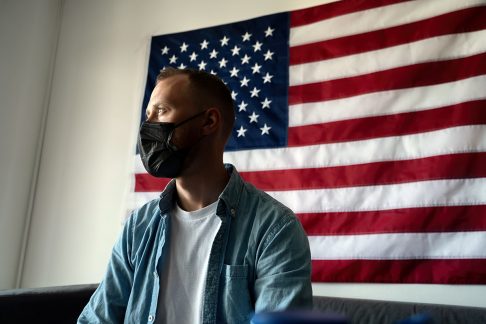 More expensive but less effective: the US healthcare system explained

Published at The Conversation, 19 November 2020

The United States does not have a health system — it has multiple systems, with no coherence.

If you are an armed services veteran, you have access to a comprehensive, centrally coordinated, government-run health service.

If you are over 65, you are covered by Medicare, a federally funded, quite generous insurance-based system.

If you are poor, the partly federally funded but state-run Medicaid system is your option. The extent of your eligibility will vary depending on the state you live in, but the system is generally pretty mean in terms of income thresholds for eligibility.

If you are employed, your employment package may include health insurance coverage and you generally get to choose — from a panel selected by your employer — which insurer will cover you in the forthcoming year.

The types of insurers on offer normally include those operating a fee-for-service model like Australian private health insurance, and those offering a whole-of-care experience where the insurer is also the provider, or is closely linked to the provider, and covers all care for a fixed sum each year.

The “Obamacare” reforms added an option, for those without other coverage, of insuring through federal and state “marketplaces”. These marketplaces enabled people to avoid the very high premiums that was the norm for individually-negotiated private insurance, by sharing risks across the insured in a bulk-buy arrangement.

Despite these reforms, almost 15% of adults aged 18-64 have no insurance coverage at all. That number is projected to rise in the short term because outgoing President Donald Trump wound back some of the Obamacare provisions.

Unlike Australia, the US has no network of public hospitals to be coordinated and mobilised during the COVID pandemic. More than half of US hospitals are not-for-profit, and they negotiate contracts with multiple insurers for their income.

Health insurers control their costs by charging customers out-of-pocket fees, and by limiting the number of service providers covered by the plan. If you go to an uncovered provider, you pay the whole bill yourself.

Some hospitals and health services in the US provide the best care in the world, albeit at very high cost.

Despite this, Americans have lower life expectancy than Australians.

It is impossible to understand the US health system without considering America’s ideological and political context.

Politics is highly partisan. Obamacare is still being fought in the courts, a decade after it was signed into law, to limit its coverage and impact. Public opinion polling shows that Obamacare’s popularity continues to increase, but an overwhelming majority (76%) of Republicans polled supported the Supreme Court overturning it.

The dominant political ideology in the US is much more individualistic and against social service provision than in Australia. This translates into less regulation and more gaps in the social safety net.

Politics matters too. Trump denied the reality of COVID, ignored scientific advice about its importance, and failed to develop meaningful strategies to contain the threat. He gutted the internationally well-regarded specialist infection control organisation — the Centers for Disease Control — in favour of untested treatments.

A health system that’s uneven at best, and a national individualistic orientation, overseen by an idiosyncratic COVID-denying president, created the disastrous conditions fuelling the COVID surge in the US.

There is therefore no national strategy. The president does not attend meetings of the Coronavirus Task Force he established. States and cities do their own thing.

Unlike the situation in Australia, where all the states stepped up to lead the public health response, state responses in the US have often been weak, following the COVID-denying example of Trump — taking no or very limited actions while the virus spreads in their states.

The individualistic orientation translates into less concern about social norms and social solidarity — so less mask wearing, and less support for restrictions on liberties such as lockdowns.

The weak insurance arrangements meant that uninsured people faced huge out-of-pocket costs for coronavirus testing, so they didn’t get tested and potentially spread the infection.

Antipathy to masks and restrictions allowed infections to spread too. The record number of infections — 11 million Americans infected and 250,000 deaths — has overwhelmed the health system, leaving people unable to get access to care in an emergency, whether COVID-related or not.

COVID is not the flu. It can have long-term effects on people’s health and well-being. So the disastrous Trump legacy of COVID mismanagement will have an impact on the dysfunctional United States health system for months and years to come, with poor, rural areas — ironically also mostly Trump-voting — and people of colour among the hardest hit.