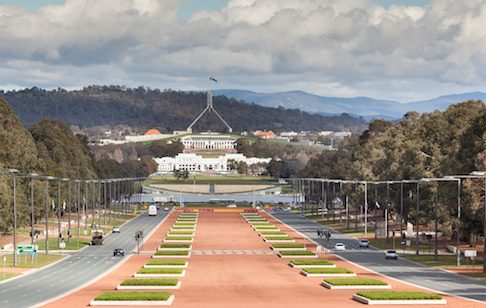 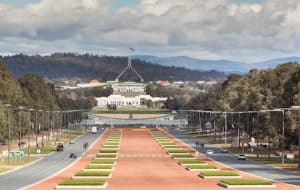 Malcolm Turnbull’s Christmas might come early with today’s release of the Mid-Year Economic and Financial Outlook. Higher-than-expected commodity prices and jobs growth are expected to translate into higher-than-forecast revenues, bringing the government some good news at the end of a testing year.

But the risk is the Christmas cheer might morph into a New Year’s blow-out: pre-election giveaways and tax cuts could compromise the promised return to surplus.

In the May budget, the government forecast a $29.4 billion deficit for 2017-18, but then a decline in deficits until the budget reaches surplus in 2021.

Since May, most of the surprises have been on the upside: company tax receipts, GST collections and superannuation fund receipts are all tracking higher than expected. Prices for key commodity exports – iron ore and metallurgical and thermal coal – at are all sitting well above the May budget estimates. This translates into higher company tax collections: each 10 per cent increase in (non-farm) commodity prices boosts the budget bottom line by $2 billion.

The less happy news is on wages growth, which continues to languish at 2 per cent, below the forecast 2.5 per cent for this financial year. But jobs growth has far exceeded expectations, which will offset the impact on revenue collections of lower wages growth.

All of this points to a lower deficit than forecast. And for a government heading into what is likely to be an election year, that means temptation.

A little bit of good news can provide cover for a whole lot of largesse. The Prime Minister has already flagged the possibility of middle-income tax cuts in the next budget. And you can be sure that ministers are dusting off their Christmas wish-lists of new spending proposals for their portfolios.

But here’s the rub: a 2018 tax cut and spending spree is a thoroughly bad idea.

Even with the green shoots, the projected 2021 surplus looks shaky. It requires not just short-term good news but a long-term and sustained improvement in Australia’s economic position. History is not on the government’s side: none of the surpluses projected in the past seven budgets has ended up happening or is likely to happen.

Some of the assumptions underpinning the return to surplus look particularly heroic. You have to be firmly in the “glass half full” camp to believe wages growth will pick up from 2 per cent this year to 3.75 per cent in 2021 – on par with growth during the mining boom. If wages instead just continue to grow at current rates, income tax collections will be $12 billion less than the budget estimate for 2021 – more than wiping out the promised surplus.

Even if the good luck continues and wages growth does pick up as projected, personal income tax cuts would quickly erode that promised surplus. Cutting taxes for middle Australia is an expensive business: a 1 percentage point cut in the tax rate for the $37,000-$87,000 (32.5 per cent) bracket would reduce government tax collections by $2.8 billion. So a 2.5 percentage point cut (down to 30 per cent) would very nearly eliminate the promised $7.4 billion surplus.

Rushing to give away a hypothetical and questionable surplus doesn’t look like the actions of a government committed to budget repair.

That is not to say there isn’t an argument for middle-income tax cuts.

Middle-income earners are particularly hurt by bracket creep. Based on the wages growth projected in the 2017 budget, their average tax rates will increase by between 1.9 and 2.9 percentage points by 2021. For example, a person earning $50,000 a year will go from paying an average tax rate of 17.1 per cent in 2017 to 19.5 per cent in 2021 – and that’s before the government’s proposed increase in the Medicare levy.

And high marginal tax rates for middle-income earners can significantly reduce incentives to participate in the workforce, particularly for women with children in childcare.

If Malcolm Turnbull wants to cut income taxes but is still serious about bringing the budget back to surplus, then he will need to find other revenue sources. Winding back the capital gains tax discount and negative gearing, better targeting the tax breaks for older Australians, improving the taxation of family trusts, and increasing or broadening the GST could all form part of a more ambitious tax reform package.

Australia is about to discover whether budget repair or political expediency is at the top of the Prime Minister’s list of New Year’s resolutions.