MYEFO will show Peter Costello’s grayfare weighing down our budget 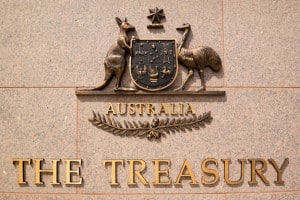 As Treasurer Scott Morrison searches for savings to offset the budgetary impact of more bad economic news in today’s mid-year fiscal update, he should look to the legacy of former Treasurer Peter Costello for inspiration.

It’s been a decade since Mr Costello last handed down a federal budget. Buoyed by the proceeds of the mining boom, Costello spent up big on goodies for families and seniors alike, while also cutting personal income taxes. But once revenues from the mining boom stalled, the budget was left in structural deficit. No federal Treasurer – Labor or Liberal – has delivered a budget surplus since.

Successive governments of both political stripes have already mined the Costello legacy for budget savings. A clampdown on middle-class welfare by the Rudd-Gillard government means that family payments now provide relatively little to the top half of income earners. The Baby Bonus is gone. Our analysis shows some $7.1 billion a year in support for families has been stripped out of the budget in the past five years. Meanwhile bracket creep, largely unchecked for a decade, has reversed much of the mid-2000s personal income tax cuts for most workers.

Yet despite much belt-tightening among middle class households, one group of Costello-era beneficiaries has remained relatively untouched: seniors.

Even now that the Turnbull government’s package to wind back unduly generous superannuation tax concessions has passed the Senate, most retirees will still pay no tax on their super withdrawals or earnings. A steeper taper rate for the Age Pension assets test mean some seniors will receive a smaller pension, or none at all. But these savings are partly offset by increased pension payments to others. And age-based tax breaks introduced into the personal income tax system from the early 2000s mean that seniors pay less tax than younger workers on similar incomes.

Only $3.2 billion a year of benefits to senior Australians has been unwound in the past five years, less than a third of the total value of the changes introduced during the Costello years. Middle-class welfare remains alive and well in Australia, provided you’re over the age of 65.

Policy choices benefiting seniors are the biggest cause of today’s $40 billion annual budget deficits. Between 2004 and 2010 net transfers to older households (measured as welfare and services such as healthcare received, less taxes paid) increased from $22,000 to $32,000 per household. That costs government about $22 billion a year, a little over half the Commonwealth budget deficit of recent years.

This might have seemed affordable while the mining boom boosted government revenues. But today’s budget deficits and much slower economic growth suggest it is unsustainable.

Benefits and tax exemptions for older Australians are now the least-well targeted parts of our tax and welfare system, and so they are among the best opportunities for budget repair.

Recent reforms to rein in super tax breaks saved $750 million a year, and are a step in the right direction. But further tightening will be needed if we are serious. Lowering the annual cap on pre-tax contributions to $11,000 a year and abolishing tax-free super earnings for all over-60s could save a further $6 billion a year.

Governments should also increase the age at which most people qualify for an Age Pension and superannuation to 70 years, saving up to $12 billion a year. Including the family home in the Age Pension assets test would save billions more.

And our recent report, Age of entitlement, showed how winding back age-based tax breaks, such as the Seniors and Pensioners Tax Offset (SAPTO) and the higher Medicare Levy income threshold for senior Australians, could save the budget about $1 billion a year. These age-based tax breaks are poorly designed to achieve any plausible policy purpose, such as to reduce taxes on savings, increase seniors’ workforce participation or to boost the retirement incomes of poorer Australians. Our proposed changes would not affect the 40 per cent of seniors who receive a full Age Pension.

But winding back entitlements to seniors is a tough political call. Policy choices benefiting seniors have coincided with a rise in the proportion of enrolled voters aged 55 and over – from about 30 per cent in 1995 to 38 per cent today.

At the same time, voters recognise the need for budget repair. And the government’s recent super tax changes don’t seem to have hurt it at the ballot box. The super reforms show that some budget savings from seniors have a good chance of passing the Parliament with the support of either Labor or the Greens.

Real progress on budget repair will mean tackling these challenges. There are few other reforms that will make a big difference to the budget bottom line, and many of the hard decisions affecting working families have already been taken.

As the Turnbull government looks for further budget savings in coming months, it will have little choice but to scale back entitlements for seniors. When it comes to winding back middle class welfare from the Costello era, the job remains only half done.