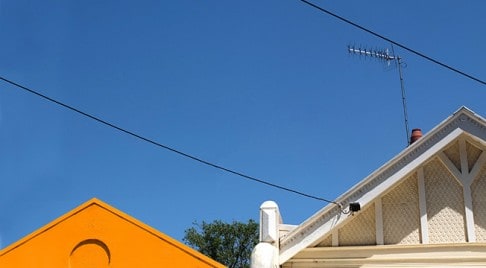 The Australian Competition Tribunal has announced a decision on network revenue that raises serious questions about the way electricity prices are set in Australia.

The decision, announced last Friday, throws into question the whole process: one that delays decisions on proposed price increases by as much as two years, is dependent on complex arguments between legal and financial experts, and then delivers highly questionable outcomes.

Our report from December 2012, Putting the customer back in front, found that Australians were paying too much for electricity because the regulation of distribution networks was broken.

Between 2009 and 2015, electricity bills increased more than 50 per cent in real terms. We estimated that fixing this problem would deliver savings to consumers of about $2.2 billion per year, representing an annual saving of $100 to the average household.

To address this problem, policymakers gave the Australian Energy Regulator greater scope to clamp down on unnecessary spending. The AER applied these new powers in 2014-15 to set the prices that electricity network businesses could charge households and businesses for the next five years. The final decision on NSW tariffs was to reduce the revenues proposed by the three distribution businesses by more than 30 per cent, or about $7 billion.

The AER estimated the immediate result for households served by Ausgrid, the largest of these businesses, would be a fall of $165 in annual electricity bills.

The businesses, with the support of their owner, the NSW government, appealed to the tribunal.

In last Friday’s decision, the tribunal found in favour of the businesses that there were errors or deficiencies in several areas such as allowed rates of return and operating costs, and directed the AER to remake its decision.

How long this will take and what the wash-up on prices will be is highly uncertain. What is clear, is that the prospect of price relief has receded.

This process has also highlighted the conflicted position of state government owners of electricity distribution businesses. The NSW government is caught between seeking a high price for the assets under its proposed leasing to the private sector, and seeking lower prices for consumers. It is very difficult to see how this protracted process cannot affect the government’s timing and end result.

Yet, the Queensland government declined to appeal because it did not want its consumers to be hit by higher prices.

So a process found to be inadequate in NSW is acceptable in Queensland. Curiouser and curiouser.

There will also be consequences in Victoria and South Australia. However, the impacts are likely to be less significant because the businesses in these states are already privately owned.

Grattan’s 2012 analysis found that government-owned companies were inefficiently investing in their networks: they had a larger regulated asset base (or physical infrastructure) per customer, and were spending more on capital and operations than privately owned companies.

These differences were partly behind the AER’s determination that the costs of the businesses in NSW were “above what a prudent and efficient operator would incur”.

Highly paid financial experts, advisers and lawyers have been engaged to “help” the process, and it is naive to suggest that they have not worked diligently to follow the prescribed process and deliver the best result for their clients. Yet, the process itself seems problematic.

First, this latest set of determinations introduced a level of complexity beyond that of previous rounds, and the AER’s more aggressive use of its new powers had major financial repercussions (good for consumers, at least in the short term, and bad for the businesses).

One result has been a yet unfinished decision-making process. It seems that the five-year regulatory period to which finally agreed prices will apply may be close to half over when the starting pistol is finally fired. In short, this looks like a mess.

Second, whatever the final outcome, it will be a poor one if it continues to deliver better financial returns for regulated monopoly businesses than for companies that operate in competitive markets.

If meeting this test is beyond the designated regulated process, then the ultimate body, the COAG Energy Council, should question whether we have the right approach, and the sooner the better.