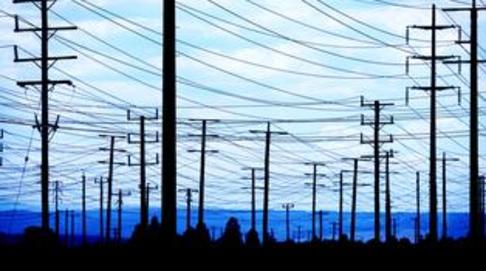 NSW power privatisation: Stop the Sell Off claims put to the test

Published at The Conversation, Tuesday 10 March

Public concern about privatisation of government-owned assets is proving to be at least as big an issue in the New South Wales election as it was in Queensland, where a strong union-led anti-“asset sales” campaign helped eject the Newman government.

In both states, consumers are fed up with power price increases and they distrust power companies. Put those two things together, then add in a strong anti-privatisation campaign, and it’s easy to see how the facts on this issue have got so lost in the NSW election.

NSW Premier Mike Baird wants to partially lease electricity network assets as a way to fund investment in other new infrastructure. He is doing so in the face of claims that privatisation will be bad for electricity users.

Hanging over his campaign is the shadow of the Queensland election and a high-visibility state-wide campaign to “Stop the Sell Off”.

What the Stop the Sell Off campaign says

Stop the Sell Off is a campaign jointly funded by the Electrical Trades Union, the United Services Union, and Professionals Australia, which has strong parallels with the Queensland Not 4 Sale campaign.

Stop the Sell Off’s website claims that privatisation would mean:

Trailer – Why Mike Baird’s Electricity Privatisation Plan is Bad from Stop The Sell Off on Vimeo.

Each of these claims is important enough to be carefully tested.

The evidence is that private companies charge lower prices. Consumer data from the Australian Bureau of Statistics showed no material price increases in Victoria following privatisation in the late 1990s.

While average prices across the Australian electricity market increased by 60% in real terms from 2009, price increases in Victoria were consistently lower than those in NSW and Queensland where the governments retained ownership. 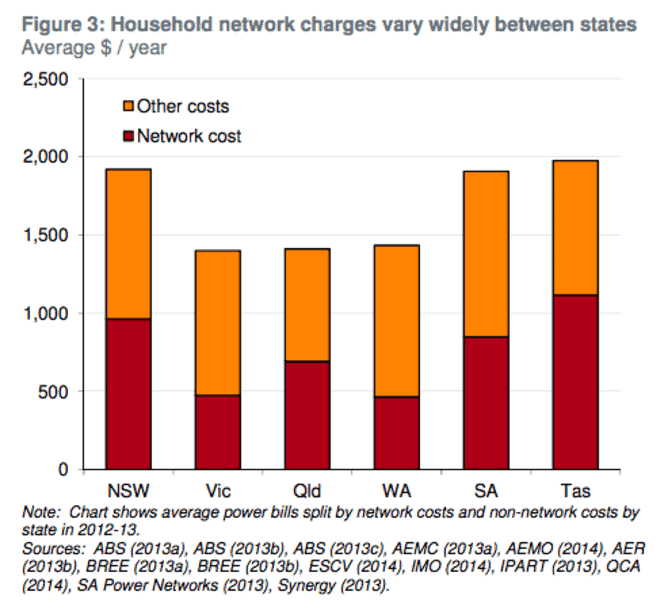 A 2014 comparison of power prices across Australia, showing that the cost of using the power network varied widely between states. Customers in Western Australia paid an average of only about $460 a year, while Tasmanians paid more than $1100 a year. Fair pricing for power, July 2014, Grattan Institute, CC BY-NC-ND

A detailed comparison between government and private ownership, published in Grattan Institute’s 2012 report, Putting the customer back in front: how to make electricity prices cheaper, explains why.

It found that government-owned companies have more physical infrastructure per customer and spend more on capital investment and operations than do privately owned companies.

If government-owned power companies spent the same on infrastructure and operations as private companies do, they would save more than A$1.1 billion a year. As things stand, the government-owned companies use these higher costs to make a case to the Australian Energy Regulator for charging higher prices.

Until its latest draft decision in late 2014, the AER has rarely, if ever, knocked them back.

Privatisation has not hurt network reliability. Standards for these businesses are set externally, historically by state governments. Again, the facts should allay fears of privatisation.

About 10 years ago, electricity reliability in Queensland and NSW was poor as governments constrained expenditure and milked their power businesses for profits. But a series of blackouts led governments to overreact and overbuild their power networks.

Prices skyrocketed, but there was no evidence that the higher expenditure made the network more reliable. Government ownership is no guarantee of cost-effective reliability.

Private owners work within the same regulatory system as government owners do: their prices are regulated and they must meet reliability standards. Within these constraints, the commercial focus of private owners delivers lower costs. They are also free of government-imposed, non-commercial requirements that conflict with commercial objectives.

These requirements – which include procurement and employment policies and pressures to provide reliable electricity without necessarily considering the balance of reliability and cost – create the potential for political intervention in the operations of the government-owned companies. It can hardly be good if consumers pay higher electricity prices just to support inefficient business practices.

Will that all mean some power sector jobs would be lost under private ownership in NSW?

Yes, it’s fair to say it would. But the question NSW power consumers should be asking is: if those jobs are not needed to provide reliable electricity supply, why are they paying for them?

The anti-privatisation campaign has also raised the loss to the NSW economy of the profits of the publicly owned power businesses.

But a prospective private owner, seeing that it can make more profit from the business by running it more efficiently than the government owner, will be prepared to pay a higher price for the business than its current value to the government.

For NSW, the goal is a good sale. This will be tough compared with what Victoria and South Australia achieved some years ago. But provided there is a good sale process, the sale should generate more value for the NSW economy than will the future profits of ongoing ownership.

Electricity consumption and peak demand have fallen over recent years. This makes the infrastructure that governments have spent so much money on less productive and reduces future growth opportunities.

Grattan Institute analysis shows that assets may already be underutilised and regulatory changes are likely to reduce future returns on those assets. These issues will weigh on the minds of potential buyers.

Privatising network businesses won’t greatly affect the operation of the electricity market and costs will probably come down. 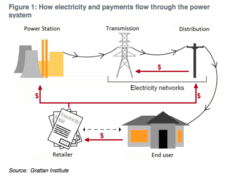 Acting on high charges in the distribution part of the electricity network would save consumers money. Fair pricing for power, July 2014, Grattan Institute, CC BY-NC-ND

Looking beyond the NSW privatisation debate, one area where the energy regulator must act is on reducing the prices charged by distribution businesses, regardless of whether they are in public or private hands.

These regulated monopoly distribution businesses face low risk – yet they are allowed to earn financial returns that are higher than those earned by generators and retailers, whose business is mostly unregulated and who face much higher risk because they sell their product on the free market.

The AER appears to be finally moving to address this issue. But this is another reason why privatisation makes sense.

The AER is overseen by the Council of Australian Governments’ Energy Council, made up of the Commonwealth and state energy ministers. And that council reports to COAG: the prime minister, state and territory premiers and chief ministers, along with the president of the Australian Local Government Association.

The Energy Council’s priorities and decisions would no doubt be more aligned with the national interests of energy consumers when some of its state government members are no longer conflicted by owning power companies.