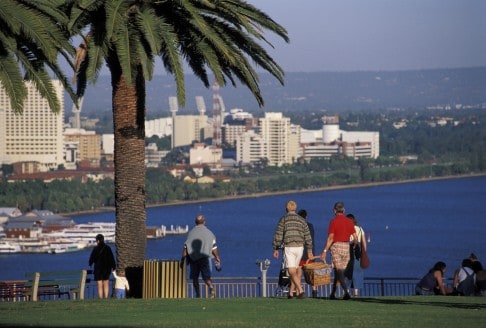 Recent public attention has focused on how a falling iron ore price could damage the already troubled Commonwealth budget. Yet while the budget challenges facing state governments fly below the radar, in time they may prove to be the bigger story. The states need to change if they don’t want the story to end badly.

Their budgets are under serious pressure. State spending in health, education and other areas is growing faster than GDP, and revenues are also threatened by the Commonwealth’s decision in last year’s budget to substantially reduce promised funding to the states for hospitals and schools. The cuts to spending on hospitals alone will leave the states with a $4 billion hole in 2017-18, growing to $11 billion by 2024-25.

The end of the mining boom will also hit state budgets, and not just those that collect mining royalties. Non-mining states shared in the proceeds of the boom via GST redistributions. For every dollar in mining revenues collected by Western Australia during the boom, roughly 90¢ ended up in the pockets of the other states. WA is already in trouble as mining royalties have collapsed, and has, over the past year, written off more than $10 billion in budgeted revenues. In time, the non-mining states will bear most of this pain via smaller GST distributions.

Together, these factors spell a huge fiscal challenge for the states. Yet not one recent state budget has provided an insight into how they will respond.

Hoping for the best is not a strategy: it simply shifts the costs and risk of budget repair onto future generations. States need to take action to repair their budgets. While containing spending will be important, both the politics of budget repair and the sheer size of the future budget gap mean that states are unlikely to restore budgets to balance without also boosting revenues.

Grattan Institute’s new paper, Property Taxes, the second in a series on repairing government budgets, shows how a broad-based property levy could help repair state government revenues without damaging the economy or the most vulnerable in our society.

A levy makes sense for many reasons. The property tax base is large and growing fast. A low-rate, broad based levy calculated from the council rates base could raise about $7 billion a year for state and territory governments. The levy need cost no more than $2 for every $1000 of unimproved land value, or $1 for every $1000 of capital improved property value – a manageable cost to property owners.

Under these scenarios, a homeowner would pay a levy of $772 a year on the median Sydney home, or $560 a year on the median Melbourne home, and lower average rates in other cities and the regions. People with low incomes and no wealth would pay nothing. Low-income retirees with high-value houses could defer paying the levy until their house is sold.

A levy would raise somewhat more per person in NSW, Victoria, and WA, where property values are higher, but GST redistributions would lead to similar outcomes in all states.

Property taxes – which are levied on the value of property holdings – are the most efficient taxes the states can impose. If they are designed well and applied broadly, they don’t hurt incentives to work, save and invest.

Unlike capital, property is immobile – it cannot shift offshore to avoid higher taxes. Concerns about the risks of multinational tax avoidance, the increasing mobility of global capital, and the increasing value of residential property relative to incomes, should make property taxes a priority in any tax reform.

A broad-based property levy might also provide a path to longer-term reform of taxation on property, by funding the reduction and eventual abolition of state stamp duties for property – which are among the most inefficient and inequitable state taxes. Shifting from stamp duty to a broad-based property levy would provide a more stable tax base for states, spread the tax burden more fairly, and add up to $9 billion a year to GDP.

Calls and even attempts to reform property taxes are not new. Property taxes are often unpopular precisely because they are highly visible and hard to avoid. Yet they are also efficient and fair, and could be the best way for state governments to produce sustainable budgets that are based on efficiency and fairness, not on hope.