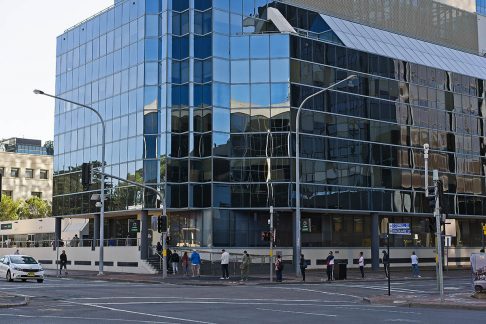 Yesterday’s announcement about the new leaner JobKeeper and JobSeeker programs signals a move to the next phase of the economic crisis response.

As much of the country emerges from the immediate aftershocks of lockdowns, a more targeted approach is the right move. But reducing government spending by close to $10 billion a month in the December quarter will leave a substantial hole in the economy.

More traditional fiscal stimulus to create jobs and get the economy moving again is also needed in this next phase and should form the centrepiece of tomorrow’s budget update.

In March when the JobKeeper and JobSeeker programs were announced, Australia was at the start of nationwide lockdowns to slow the spread of coronavirus.

After shutting down large parts of the economy almost overnight, getting money out the door to keep households and businesses afloat was the highest priority.

In the high stakes ‘rescue phase’ the government chose a single flat JobKeeper payment of $1500 a fortnight and a significant top-up to welfare payments, effectively doubling the Newstart rate. If the rescue phase had a motto it would be ‘speed and size over design’.

But government programs can’t run that way forever. And as the economic situation improves, albeit patchily and from a low base, design considerations such as value-for-money and incentives naturally loom larger in government decision making.

Retesting eligibility for JobKeeper in October and January makes sense, particularly given the geographic and industry disparities in the economic recovery. And with the health situation changing daily, making the scheme flexible to different economic futures is a good move.

Retesting is expected to reduce the number of employees eligible for the scheme by 60 per cent in the December quarter.

The new part-time rate for JobKeeper will better target the payment. Under the current scheme, about 80 per cent of part-time workers received a pay rise. It also created problems for businesses because otherwise equivalent workers were paid the same amount for quite different work hours.

The JobSeeker payment will also come down significantly – by about $300 per fortnight to the end of December – landing at just over 50 per cent of the minimum full-time wage.

But it means JobSeeker will play less of a role in cushioning the incomes of those that lose JobKeeper: the new rate of $810 a fortnight will be a big fall for those previously on the $1,500. While recipients can compensate for the loss in income if they pick up part-time work – especially with the increase in the income-free area to $300 a fortnight – that’s far from assured.

The overall effect of these changes is to moderate the fiscal cliff that was looming at the end of September when these payments were originally scheduled to be simultaneously withdrawn. But the drop off is still precipitously steep.

The RBA forecasts unemployment will exceed 7 per cent until the end of 2021. Given the high cost to the economy and to individuals from long-term unemployment, support during this ‘recovery phase’ should also include substantial fiscal stimulus.

Last month Grattan Institute estimated that $70-$90 billion in stimulus would be required over the next two years to bring unemployment down and get wages growing again.

The subsequent COVID-19 shut down in Victoria, and delay to economic recovery, makes stimulus even more urgent. The $20 billion announced yesterday, plus the $2 billion JobTrainer scheme, will help, but much more will still be needed.

Temporary government spending to create jobs and meet social need would be a win-win: social housing, mental health services, and tutoring to help disadvantaged students catch-up on learning lost during the pandemic would deliver on this double dividend. Boosting the childcare subsidy to support family incomes and workforce participation should also be in the mix.

The government had also foreshadowed the option of bringing forward the Stage 2 tax cuts to 2021-22. This could put up to $13 billion into the hands of households next financial year and could be a useful complement to direct government spending.

In many ways the recovery phase is more difficult for policy makers than the rescue phase that came before it. The government needs to walk the line between not hindering the economic restructuring that occurs after a recession but also not leaving the economy floundering.

More stringent targeting of income supports makes sense in this phase – but so do direct interventions to boost jobs and growth.