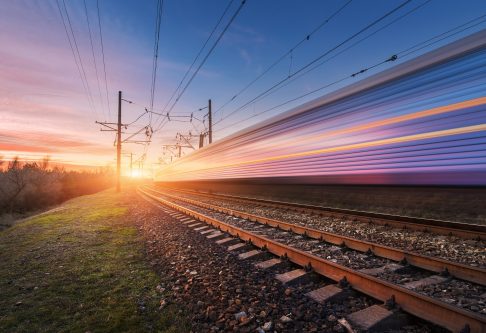 Regional rail plans hatched before the pandemic must be reconsidered

Politicians love to tempt us with visions of faster trains. The Victorian and federal governments want to fast-track transport projects to revive the economy from its COVID-19 slump. Fiscal stimulus that includes infrastructure spending may be the right prescription. But should that extend to regional rail plans hatched before the pandemic?

Faster regional trains were never likely to take much pressure off Melbourne, nor revitalise regional cities and towns. And a new Grattan Institute report shows that that’s even more true now. There are better ways to spend taxpayers’ money, and the label of “fiscal stimulus” is not a licence to abandon cost-benefit discipline.

The federal government is overseeing the business case for high-speed rail between Melbourne and Shepparton, and has already committed $2 billion to upgrade the Melbourne to Geelong line. The Commonwealth and Victorian governments are funding business cases for upgrades to the lines to Albury-Wodonga and to Traralgon.

One argument for these upgrades is that they’ll take pressure off Melbourne by enabling people to live elsewhere while keeping their city job. Another is that they’ll boost jobs and tourism in the regions. Neither argument stands up well to scrutiny.

Geelong is the regional city with the most Melbourne commuters, at 14,000. Melton has 15,000, although it’s often considered part of Melbourne. After that there’s daylight before the next largest region, of Gisborne and Macedon, with about 5000 Melbourne commuters between them.

It might sound as though Geelong could be a great place for Melburnians to move to, while still keeping their current jobs. But a faster train service isn’t likely to have much impact. That’s because people who currently live in Geelong and commute to Melbourne mostly don’t take the train – and that isn’t likely to change.

About a quarter of Geelong’s 14,000 Melbourne commuters get to work by public transport. Once you factor in that many workplaces outside the CBD have free parking, and some people have tools and equipment to carry, it’s no surprise that people coming in from Geelong tend to drive.

The overwhelming majority of commuters who do take the train from Geelong to Melbourne work in the CBD. There are 3400 of them. But even if a faster train service encouraged another 3400 Melbourne residents to move to Geelong but keep their city job, that would account for just 3 per cent of Melbourne’s population growth last year. It’s far too small a number to have an impact on population pressures in Melbourne.

Meanwhile, parts of metropolitan Melbourne remain very poorly serviced by public transport. It can take more than an hour to get to the CBD from Frankston, Pakenham, Berwick and parts of Casey. More people would benefit from fixing black spots in Melbourne, such as Manningham, Knox and Keilor.

The other argument for regional rail upgrades is that they will boost the regions; that faster trains to Melbourne would mean more jobs in towns such as Shepparton, Wodonga and Traralgon. But faster passenger rail is a puny force to pit against 100 years of relentless urbanisation. The best evidence suggests that Melbourne would be more likely to gain than the smaller towns, not vice versa. That’s what happened in France: the high-speed rail network benefited the second-tier cities of Lyon and Lille at the expense of surrounding towns, but it was the capital city of Paris that gained the most.

There’s no doubt that Australia faces hard economic times. But when governments add to the $320 billion of new debt arising from the response to the COVID-19 crisis, they should do so in ways that set us up for the future we’ll actually have, not the one we imagined before the pandemic struck. When we simply don’t know whether the population will be growing or what future travel and work patterns will be like, it’s smart to keep our infrastructure options open and spend money on things likely to give us the biggest bang for our buck.

Likewise, it’s smart to deal with the most pressing needs of regional cities and towns. According to the Victorian government’s infrastructure advisor, that’s better internet and mobile connectivity, and better freight links – not faster passenger trains.

In the post-COVID world, the best investment is in improving the productive capacity of the transport system. It’s not a time for tempting voters with illusions.