Australian climate change politics helped destroy several political leaders and at least one government over the past decade. As a result, neither main political party has a compelling climate change policy and the issue is not shaping as a big one in the 2016 election.

It’s a depressing scenario, but the moment may be ripe for a real, bipartisan approach. We got close in 2009, then Tony Abbott replaced Malcolm Turnbull as Liberal Party leader.

Both parties support the headline objectives: the 2020 emissions reduction target, deeper cuts beyond 2020 and the longer-term global goal of avoiding the worst impacts of dangerous climate change.

The immediate problem is that recent history so far precludes the best policy – a broad-based price on carbon. Neither side will go there after “axe the tax” was so successful in 2013.

The central element of the Coalition government’s Direct Action policy is a fund to purchase emissions reductions under contracts. From July, the policy will be supported by a safeguard mechanism that sets limits on emissions for Australia’s 140 or so highest-emitting plants and facilities. The good news is that current projections indicate the 2020 target will be met under this policy. The harder task is meeting the 2030 target. The government proposes that continuing the emissions reduction fund along with other policies, some still in the formative stage, will reach it. But the lack of detail and a clear link to the overall target means this is not yet a credible and bankable policy.

Labor, by contrast, remains committed to emissions trading and to providing 50 per cent of electricity from renewables. It has yet to commit to a post-2020 target. In the short term, reverting to a cap and trade scheme, while it is the best policy, is another flip-flop, and probably politically toxic at present. Having been fatally wounded in 2013, Labor won’t want to revisit the “great big tax” territory in a hurry.

Whoever wins the 2016 election can expect pressure to ramp up: from the changing climate, from businesses seeking predictability for investment and from the international community. New and tougher targets are likely to emerge.

Grattan Institute’s new report, Climate Phoenix: a sustainable Australian climate policy, offers a way forward. It provides a road map from current policies to where we need to be: meeting emissions targets with efficient, stable policies that have bipartisan support.

The road map sets out three steps the government of whichever political stripe should take. First, it should tighten the emissions limits (baselines) of the safeguard mechanism to force leading companies to reduce their emissions in line with Australia’s agreed targets. This makes substantial reductions possible and – importantly – visibly links those reductions to the targets.

Second, it should provide incentives for low-cost emissions reduction by auctioning tradeable permits that would allow companies to emit above the baselines but within the target trajectory. This would maintain the overall direction of climate policy while targeting the cheapest possible emissions reductions.

Third, the government should expand the safeguard mechanism to cover more facilities and reduce the baselines to zero, when all emissions will have to be covered with permits sold at auction. This step creates an efficient structure capable of adapting to meet whatever future targets emerge.

The road map has been designed to adapt developments in climate science, technology and political pressures, and the timing of each step will depend on these developments. Both sides of politics can adopt it while maintaining their policy principles. A Coalition government should stick to its existing policy framework, strengthening it over time.

A Labor government should adopt the Coalition’s policy framework, building on it in a stable and predictable way as it moves to its preferred policy option of emissions trading. Bipartisanship and the long-term stability it offers is vital. Only a policy road map with broad bipartisan support can give the confidence essential for long-term investment in low-emission technologies.

The phoenix of myth represents hope reborn. It has been too easy to dwell on the short-term political game in recent years, rather than the hard work of building a sustainable, low-emissions economy. Our road map shows how our leaders can revive a practical, bipartisan climate change policy that can take us where we need to go. 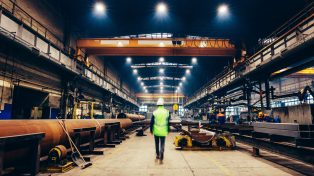