School funding rose $10 billion in the last 10 years. So where did the money go? - Grattan Institute

School funding rose $10 billion in the last 10 years. So where did the money go? 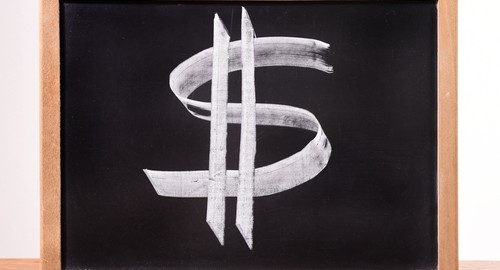 Argument over school funding is the festering sore that infects all our education debates. It hit the news again this week, when the Productivity Commission showed that over a decade government funding to schools rose by 24 per cent in real terms – while at the same time education outcomes stagnated or slipped.

The media outcry over alleged wasted money that followed in the wake of the PC report has overlooked a bigger issue: Australia must urgently decide the future of school funding. A new funding deal is needed for 2018-19 – the last two years of so-called Gonski funding – and must be agreed in 2017.

But is it important to understand where the extra 24 per cent in funding went? What drove the $10 billion real increase in government funding to schools between 2004-05 and 2013-14, the time period that the PC draft report on improving the nation’s evidence base in education analysed?

Based on rough estimates, about $8 billion of the extra funding (or 80 per cent) went to a mix of “everyday” items: rising student numbers, wage increases, and the ongoing costs of increased investments in government school buildings.

Student numbers grew by 9 per cent, so the real increase per student was 14 per cent. (The PC report noted this.) Educating these extra students cost just under $4 billion, or two-fifths of the overall increase.

Wages in the education sector grew about 1 per cent faster than inflation. This cost a further $2 billion or so (another fifth) but was no wage blowout: education sector wages almost exactly tracked overall Australian wages.

Government school costs were driven up by increased investment in buildings, especially the Building the Education Revolution in 2011-12. This added another fifth, or about $2 billion, to recurrent funding. The BER was always more about construction jobs than improved learning, but in most cases the new buildings are valuable as the student population continues to grow.

It is hard to ascertain from public information what the remaining $2 billion was spent on. The usual suspect in debates of this nature is smaller class sizes. But this does not appear to be significantly increasing costs. Across all schools from 2005 to 2014, the number of teacher staff per student (a proxy for class size) dropped only marginally, from 14.2 to 13.9, a negligible 2.2 per cent change.

Whatever the last $2 billion was spent on, this analysis makes it clear that the most of the increase ($8 billion) has paid for things that were that were never likely to be game-changing in terms of improving classroom performance. So we should not be surprised that the extra money has not resulted in better outcomes. Yet we should not deduce from this that funding in education doesn’t matter. Of course it matters, but the money must be spent well.

To improve outcomes, both school education policy and school education funding need reform. Our education results will not change if we continue to spend money in the same way. Two broad changes are needed: money must be allocated where it will make the most difference (“needs-based funding”), and it must be spent effectively so that it has greatest impact on students.

The draft Productivity Commission report offers new insight on how a national education evidence base could improve how money is spent. But it is up to the politicians to address the funding model – where money is spent.

If we continue on the current path the money will be allocated very poorly, with schools getting the same annual funding increases regardless of their educational need. A much better approach is possible, if all stakeholders are willing to accept tough but fair trade-offs.

The next Education Council meeting is in late September, and trade-offs should be the focus of any discussions on future education spending. The Grattan Institute will be releasing a report on this issue in coming weeks.