Published at The Conversation, Tuesday 2 July

The first item of business when parliament resumes today will be the proposed tax cuts.

They are actually three rounds of tax cuts, up to half a decade apart – each very different in its cost, beneficiaries and rationale.

The government’s refusal to “split the bill” holds the first and most sensible of the three hostage to the fate of the third and least affordable.

Stage 2, which largely compensates low and middle income earners for the withdrawal of the lamington in 2022-23 while extending the benefits to high-income earners was set to cost $87 billion out to 2029-30. The boost would cost another $45 billion. 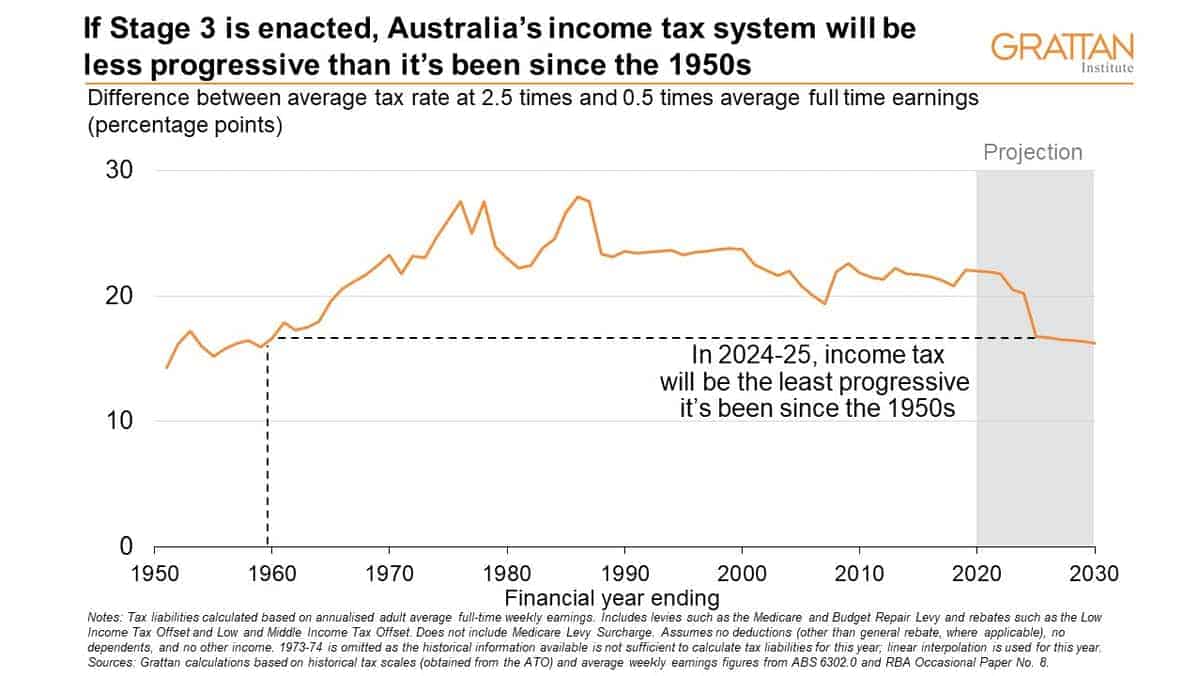 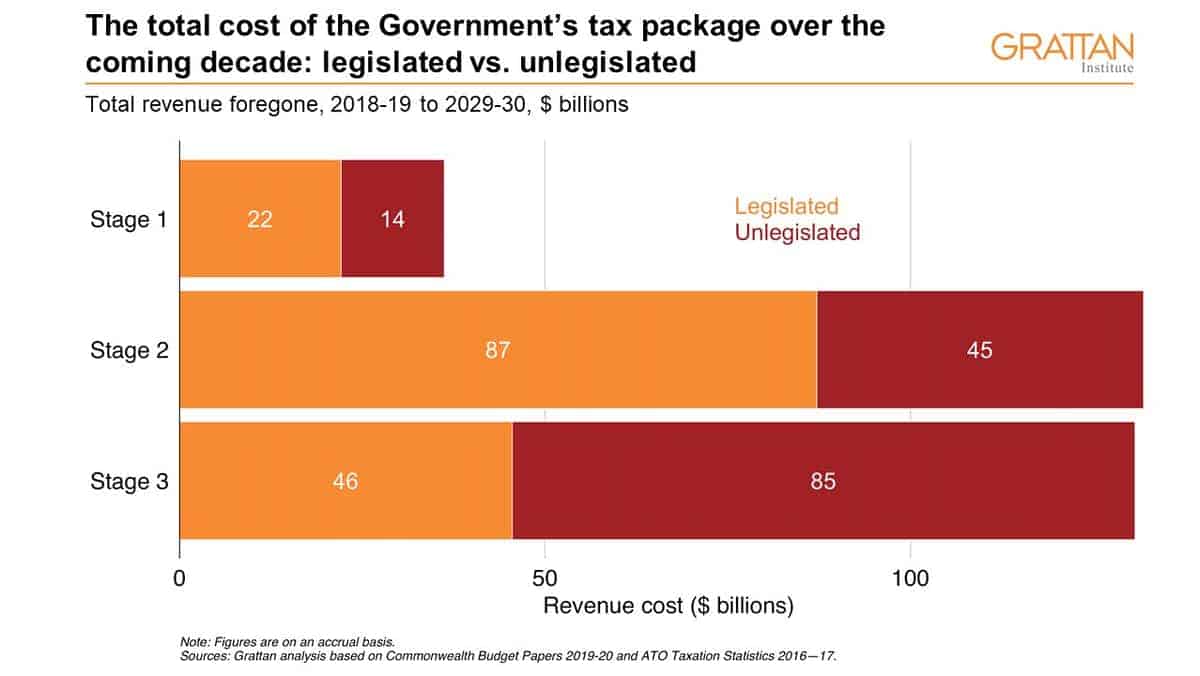 The treasury’s estimate is bigger – $95 billion. There are big questions about whether this is affordable, on top of the substantial costs of the already legislated cuts.

The government says that the budget numbers point to a decade of surpluses, exceeding 1% of GDP by 2026-27, even with the tax cuts.

But beyond the next two years those budget numbers look highly optimistic. The projections assume that the economy grows at a healthy pace every year for the next ten years and that the government is able to keep spending growth at a level below that achieved by any government in the past half century.

Should things be less rosy, the cuts would prevent the government from delivering on its promise of surpluses on average over the economic cycle.

The extra Stage 1 tax cuts are well timed to offer stimulus as the economy softens. They will put money in the hands of low and middle income earners who will likely spend it.

Some estimates say these tax cuts will have an impact equivalent to a 50-point cut in interest rates.

There is also a broader economic case for tax cuts. Over time, as wages grow, bracket creep will push more of people’s incomes onto their highest marginal tax rate, eroding incentives to work and invest. Tax cuts hold bracket creep at bay.

Stages 1 and 2 would give back some bracket creep, right across the income distribution. Stage 3 would over-compensate for bracket creep but only for the top 15%.

The government has emphasised the benefits of Stage 3 in boosting incentives to work and maintaining reward for effort. But more targeted interventions would deliver a much bigger “bang for buck” in terms of workforce participation.

Those on the highest wages who would benefit the most from Stage 3, are among the least likely to be responsive.

The distributional effects of the tax package have been hotly contested.

Australia would go from having a relatively progressive income tax system by international standards to having one below average among OECD countries.

Whether this is desirable or not is a values decision, but it is a decision that parliament should make with its eyes open.

The Stage 1 and 2 cuts should pass without encumbrance. They are likely to be needed and they are nowhere near as expensive – they should not be held hostage to Stage 3.

The case for – or against – Stage 3 will be clearer nearer to 2024-25. There are few benefits (and big economic and budget risks) from locking it in now.