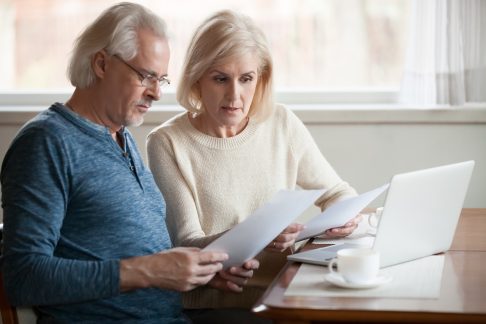 But what are the problems that need fixing?

One issue that gets lots of attention, but isn’t a problem, is the rate of compulsory super. The Grattan Institute’s research shows retirement incomes are already adequate for most Australians.

And since higher super will mean lower wages and would cost the budget an extra A$2 billion a year in super tax breaks, the scheduled increases in super from 9.5% of wages to 12% over the next five years should be abandoned.

But Australia’s retirement income system does face some big challenges.

The system is failing too many poorer Australians, especially low-income women and retirees who rent. Senior Australians who rent in the private market are more likely to suffer financial stress than homeowners, or renters in public housing. And this problem will get worse because younger people on lower incomes are less likely to own their own home than in the past.

Forcing the entire workforce to save more for their retirement by increasing compulsory super — as some have argued — is not the way to prevent senior Australians suffering poverty in their later years.

Instead, the Government should boost the maximum rate of Commonwealth Rent Assistance by 40%, or roughly A$1,400 a year for singles. This would cost just A$300 million a year if it applied for pensioners, and another A$1 billion a year if it was extended to younger renters too.

The pension assets test is too harsh

While retirement incomes are adequate for most retirees, the age pension assets test excessively penalises people who save more for their retirement.

The changes resulted in very high effective marginal tax rates on retirement savings, so much so that a typical worker who saves an extra $1,000 at age 40 increases their retirement income by only $25 each year, or $658 over 26 years of retirement, which is a negative return on money saved for decades.

The age pension withdrawal rate should be cut to $2.25 a fortnight for each $1,000 of assets above the threshold. This would cost the budget about A$750 million a year.

For middle and high-income workers, this change would have a bigger impact on retirement incomes per government dollar expended than boosting compulsory super.

While spending on pensions is low by international standards, the Federal Treasury gives up about A$35 billion a year — or 1.9% of GDP — in superannuation tax breaks.

Three reforms would keep them in check.

These changes to super taxes free up money to help Australians who need help without hurting the retirement prospects of middle Australians.

Australians pay A$30 billion a year in superannuation fees, almost 2% of Australia’s annual GDP, and more than the A$23 billion we spend each year on energy. Fees in Australia are also much higher than in many other countries.

To fix the mess, the Productivity Commission recommended that Australians be allocated a default super fund only once, when they first start working. An expert panel would select a ‘best in show’ shortlist of default funds, using criteria including investment performance and fees. Unless they chose another fund, new workers would be defaulted into a shortlisted fund and stay there even if they changed jobs.

‘Best in show’ would improve returns as funds competed to make the shortlist and stay there. Market discipline would come from experts with the time, resources, and expertise to decide which funds to shortlist, rather than individuals who don’t. And poor-performing funds would be forced to merge or miss out on the default market entirely.

Reducing average super fees, and increasing investment returns, by channelling people into the better-performing superannuation funds would also boost retirement incomes by more than other policies, including raising the super guarantee to 12%. This change would also save the budget in the long term via lower pension payments and higher productivity.