Published at The Guardian, Sunday 24 November

At the heart of the debate over compulsory superannuation sit big trade-offs. Boosting retirement incomes inevitably comes at a cost: either people have lower living standards while they’re working, or governments give up more revenue for super tax breaks, or taxpayers pay more for pensions.

Grattan Institute research has shown that compulsory super set at 9.5%, together with the age pension, is already doing its job.

Most retirees today feel more comfortable financially than younger Australians who are still working. And they typically have enough money to sustain the same, or a higher, living standard in retirement than when they were working.

The retirees of tomorrow are likely to be even better off. The average worker today can expect a retirement income of at least 89% of their pre-retirement income – well above the 70% benchmark endorsed by the OECD.

But you can have too much of a good thing. Compulsory super shouldn’t rise, because that would force Australians to save for a higher living standard in retirement than they have while working.

Higher super contributions will not improve their retirement income: the extra superannuation income will be largely offset by lower part-pension payments.

What’s more, the age pension is indexed to wages. If wages grow by less, pensions do too. Instead, the big winners from higher compulsory super would be the wealthiest 20% of Australian earners, who would benefit from extra super tax breaks and would be unlikely to receive the age pension anyway.

Most importantly, higher super wouldn’t tackle the biggest challenge facing our retirement incomes system: retirees who rent. They are at severe risk of poverty because rent assistance is inadequate. Our research shows more retirees will rent in future because home ownership is falling fast.

Grattan recommends boosting commonwealth rent assistance by 40% – roughly $1,400 a year for singles. This would lift out of poverty many retirees who rent, at a cost of $1.3bn a year.

Higher compulsory super doesn’t confront this challenge – and its budgetary costs would make it harder for governments to adopt other policies that would. 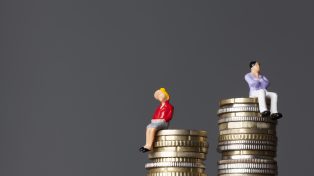