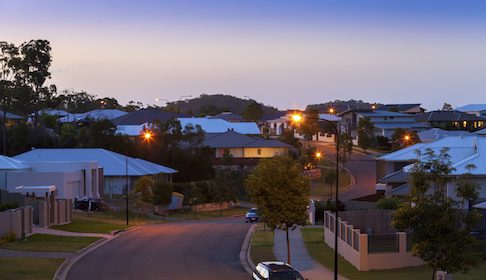 by Brendan Coates and John Daley

Published at The Conversation, Tuesday May 14

On housing, the contrast between the two major parties couldn’t be clearer.

The Coalition is still pretending that you can help first homebuyers without hurting anyone. Labor isn’t.

This matters, because Australian governments have been pretending for decades that there are easy and costless ways to make housing more affordable. And over that time the problems have become worse.

The Coalition’s First Home Loan Deposit Scheme is the latest plan that is supposed to arrest the decline in home ownership among younger Australians.

Housing costs are a big problem for young people. Home ownership is falling fast in Australia, especially among the young and poor. Fewer than half of 25-34 year olds own their home today. Home ownership among the poorest 20% of that age group has fallen from 63% in 1981 to 23% today. At this rate almost half of retirees will be renters in 40 years time.

Saving a deposit is the biggest hurdle. In the early 1990s it took six years to save a 20% deposit on the average home. Today it takes 10 years. That’s bad news for younger Australians without access to the “Bank of Mum and Dad”.

The Coalition’s new plan seeks to arrest the decline by lending would-be buyers up to 15% of the purchase price, provided they’ve saved at least 5% for themselves.

It would also mean that single first home buyers on less than $125,000 a year, or couples earning less than $200,000, could save $10,000 or more by not having to pay the lenders mortgage insurance that is normally required when a purchaser has a deposit of less than 20%. There would be a cap on the value of homes purchased through the scheme, still unannounced, which would vary by region.

The Coalition is budgeting just $500 million for the guarantees. Labor was quick to match the scheme, partly because it doesn’t cost very much (unless there are unexpected losses).

Most likely, the scheme won’t have much impact.

It would increase home ownership, but only a little. It might also push up prices – but by even less. Some people saving for their first home might buy earlier. Others just priced out of the market at the moment could afford to pay a little more for a house given that they would not have to pay lenders mortgage insurance.

Most of those taking up the scheme would probably have bought anyway. Those with access to the Bank of Mum and Dad already have already been able to use such a scheme. And the income thresholds are set too high, cutting off only the top 10-15% of income earners. The New Zealand scheme, upon which the Coalition’s plan is based, cuts out at incomes of only $85,000 for singles or $130,000 for couples.

The biggest barrier for many first home owners isn’t the deposit. Their problem is qualifying for a mortgage when banks assess their ability to repay the loan assuming an interest rate of 7%, much higher than the typical 4%.

The Coalition has capped uptake at 10,000 loans every year, or about one in every ten loans (based on loans last year to first homebuyers). Even if none of them would have bought a home without the scheme (most unlikely), home ownership would be only 1% higher in a decade’s time.

But a bigger scheme might well be worse. If it “succeeded” in rapidly expanding demand from first home buyers, it would push up prices for everyone, not least all the other first home buyers trying to get into the market. Instead of being ineffective, it’d become counterproductive.

And the bigger the scheme, the greater the risks of dodgy lending, which could leave the government on the hook if buyers default.

The underlying problem with the Coalition’s latest plan – like the First Home Super Saver Scheme it introduced in 2017, or the Howard and Rudd Government’s first homeowners grants – is that it tries to fix the housing affordability problem by adding to demand for housing.

Because it costs the budget less, the new scheme is less bad than its predecessors. But it shares their critical flaw: it pretends we can make housing more affordable without hurting anyone.

Its political virtue might be that it sends a signal to first home buyers that government is on their side.

Yet the Coalition won’t pursue the one thing happen that would actually help home buyers the most: letting housing prices fall.

Labor would prevent new investors in existing homes from writing off the losses from their property investments against the tax they pay on their wages. And investors would pay tax on 75% of their gains, up from 50% now.

Its plan takes away tax breaks worth $1 billion to $2 billion a year in the short term, and more in the long term.

Existing homeowners would lose a little: The Grattan Institute estimates that house prices would be 1% to 2% lower under the Labor plan. The Commonwealth treasury and NSW treasury have reached similar conclusions.

Prospective investors who had planned to buy and negatively gear an existing house would miss out on a lot. Some might buy anyway, others wouldn’t. Despite the noise, the bulk of these people would be among the top 10% of income earners.

Recent restrictions on lending to investors imposed by the Australian Prudential Regulation Authority have already resulted in an increase in the share of lending to first homebuyers. Labor’s policies would accelerate it.

The bottom line on housing? Changing rules on negative gearing and capital gains tax is more likely to increase home ownership than guaranteeing part of the deposit.

But no policy proposed in this Commonwealth election affects the really big lever for home ownership: increasing housing supply.

Published at The Conversation, Thursday 19 September Compared to the rest of the world, income inequality is not particularly high in Australia, nor is it getting much worse. The real problem is…