The Challenges for CCS - Grattan Institute

The Challenges for CCS

Any hard-nosed assessment of the energy sector should conclude that there is no future for coal without carbon capture and storage (CCS). Yet for the last decade, governments, their agencies, and the coal industry have… 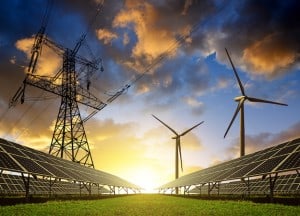 Any hard-nosed assessment of the energy sector should conclude that there is no future for coal without carbon capture and storage (CCS). Yet for the last decade, governments, their agencies, and the coal industry have failed to support CCS development in a way that would be consistent with this existential threat. The result is that CCS has little credibility as a material contributor to reducing emissions with governments and those outside the fossil fuel industry. This is despite projections by reputable bodies such as the International Energy Agency (IEA) that show CCS does make a material contribution to delivering a low-emissions future at lowest cost. The prospects for bridging that gap rests with several demonstration projects or a major mobilization by a country such as China.

Reducing greenhouse gases and particularly carbon dioxide (CO2) is at the heart of the global commitment to addressing climate change. That means we either stop burning fossil fuels or prevent the CO2 from entering the atmosphere, or both. Neither is simple or cheap.

Hydropower, wind, and solar energy are making a significant and growing contribution to the former approach, although hydro is constrained by available sites, while wind and solar need major progress on storage technologies to get to the majority side of the supply ledger. Nuclear energy remains either too expensive or politically unacceptable in many parts of the world.

Attempts to turn CO2 into a solid material through mineralization have generally proven to be expensive or not scalable. Capturing and permanently storing the CO2 underground remains a tantalizing prospect that could significantly contribute to reductions in greenhouse gas emissions, while allowing the ongoing use of fossil fuels, coal and natural gas, for decades into the future. At the least, this prospect would allow us more time to develop cost-effective alternatives.

For most of the current century, the cost of wind and solar power has fallen as their deployment has grown. Government support through policies such as renewable portfolio standards and mandated targets or attractive feed-in tariffs have driven this growth in many countries. Actual deployment has consistently exceeded the projections of the most well regarded bodies such as the IEA, and this story has yet to reach an end. Yet the same agencies have consistently projected deployment of CCS that has turned out to be highly optimistic.

The IEA’s most recent World Energy Outlook1 includes a 450 Scenario that depicts a pathway to the 2°C climate goal committed to by the international community and reaffirmed as a minimum target in the Paris Agreement of December 2015. Under this scenario, the IEA’s analysis indicates that coal consumption will begin to decline from before 2020 and that, by 2040, coal accounts for only 16% of the world’s energy mix. Further, even the 12% of electricity output that is based on coal in this scenario depends on CCS for three-quarters of its produced power. With only one such operational plant in the world to date, and a couple close to commissioning, that projection seems a distant prospect.

Few governments have adopted policies over the last decade or so that would drive CCS development and deployment, and few show any appetite to do so today. The most common reaction from political leaders and energy industry executives is that CCS does not work, is untested, or is just too expensive to be taken seriously. The fossil fuel industry has consistently failed to mobilize financial or political support to counter this perception. Only a handful of demonstration projects have progressed beyond the drawing board, at the same time as supporters of renewable energy have successfully lobbied for large and ongoing government subsidies.

There is a little progress with the development of CCS, despite international organizations such as the IEA publishing forecasts about the key role CCS could play in reducing CO2 emissions and calls for governments to fund demonstration projects. CCS faces significant hurdles: the high costs that were associated with wind and solar a decade ago; capital intensity, shared by nuclear power, that creates high financial risk; and widespread opposition by environmentalists as a smokescreen to extend the life of fossil fuels when they should be confined to history. Its friends are few. So, where or what might give rise to change?

Growth in energy demand has been the central impetus behind increasing global greenhouse gas emissions for many decades. Decoupling of energy consumption from economic growth, together with low economic growth across the developed world, has constrained the need for large-scale energy production. Things have been different in developing economies. The People’s Republic of China (PRC) has been a major driver of increasing emissions this century, and its actions will be critical if climate change is to be effectively addressed. The PRC has ratified the Paris Agreement and is making progress toward a national emissions trading scheme as a central policy response. Even with lower economic growth in very recent years, the PRC continues to need more energy. Further, CO2emissions from industrial production outside the power generation sector are major source of emissions for the PRC, and for which wind and solar do not provide a solution.

It the COP21 meeting in Paris, the PRC’s National Development and Reform Commission (NDRC) and the Asian Development Bank launched a CCS Roadmap2 that incorporates policy, legal, technology, financial, and public engagement as an integrated approach to CCS for the PRC. It demonstrates that CCS can contribute to meeting the country’s emissions reduction targets in the short, medium, and long term through specific actions during the period of the 13th Five-Year Plan and beyond 2020. The key messages in the Roadmap are:

There is both strong interest and healthy debate around committing to a CCS Roadmap in the PRC, with several projects showing signs of tangible progress and the NDRC continuing to be actively engaged.

Reducing CO2 emissions from fossil fuel combustion requires pricing the environmental impact of the emissions (carbon pricing), valuing low-emissions technologies, or regulation. Carbon pricing has generally lacked ambition consistent with the global 2°C target, so the prices have fallen far short of levels necessary to drive major technology changes. Regulation to shut down older, more polluting plants has been applied but only in a few countries and then only gently. The driver in deployment of these technologies has been policies to support renewable energy via various forms of subsidy.

In developed economies, government support has existed for CCS technologies, primarily through funding for research and development or for demonstration projects. Yet failure has been more visible than success. European attempts to allocate a substantial block of funds by reserving permits for CCS projects never materialized; the UK process to fund demonstration projects has failed to progress at least twice; U.S. projects, notably FutureGen, suffered several false starts; and the Australia’s CCS Flagship Program failed to make substantial progress on any of its mooted projects. Governments can be criticized for failing to deliver and maintain serious support for CCS and industry for failing to step up with real commitment. And CCS projects do not come cheap.

Beyond the Boundary Dam project in Canada, a sole lighthouse on a barren coastline, the hope in developed economies may lie with a couple of U.S. power projects that may still be commissioned soon. So, most governments are no longer actively interested in CCS, if they ever were, and the power generation and coal and gas industries have failed to develop the compelling narrative that would convince a policy maker to risk significant political capital on the alternative.

WHAT NEEDS TO CHANGE?

Current policies and positions by governments and industry will repeat the history of the last decade. For CCS to be deployed at the scale for which proponents have argued and neutral bodies such as the IEA have projected, two things must change. First, governments must adopt credible, long-term climate change policies consistent with the commitments they have made under the Paris Agreement. Second, both governments and industry must themselves be sufficiently convinced of the case for CCS to deliver the major and consistent financial support for early-stage pre-commercial deployment to drive down the cost.

Not many years ago, governments were prepared to see CCS as one of a basket of technologies that would contribute to emissions reduction. On this basis, funding for demonstration projects as described above was established in several developed economies. These projects generally failed to proceed either because the funding was inadequate, the costs blew out beyond the proponents’ expectations, or the proponents themselves abandoned the projects.

Few, if any, political leaders or energy/resources ministers are advocates for CCS today. The political risks are high and CCS proponents have failed to convince politicians with arguments compelling enough to invest scarce political capital. This is despite the logic that suggests if CCS had received the same level of support as wind and solar technologies, the cost of CCS would have fallen as it did for those technologies. And, despite the threat to coal and gas that will follow if governments meet their commitments under the Paris Agreement, those industries have failed to put sufficient financial effort into CCS projects to change the game by demonstrating technical credibility and cost reduction potential.

Credible, stable climate change policies are rare around the world. Even when, as in Europe, emissions trading schemes have been implemented, design flaws or economic conditions have meant that carbon prices have failed to reach levels that would support the widespread adoption of low-emissions technologies. It has fallen to specific subsidy schemes to drive the adoption of renewable energy such as wind and solar power. The possibility that CCS could have delivered similar levels of emissions reduction at similar cost levels remains untested. The result is that politicians shy away from climate change policies that would lead to carbon prices high enough to deploy CCS technologies alongside wind and solar in a lowest cost mix, yet are prepared, often with community endorsement, to subsidize wind and solar power such that the overall cost is almost certainly higher.

The lack of substantial progress with CCS in developed economies leads many to look to the PRC as a possible savior. The PRC government has shown a preparedness to support low-emissions technologies across the spectrum of wind, solar, hydro, and nuclear; and several CCS projects, including enhanced oil recovery and some focused on the coal-chemical sector, are making progress. The current levels of air pollution in their major cities, much associated with fossil fuel combustion, also provide a strong driver to address non-CO2pollution and greenhouse gas emissions within the same policy response.

The CCS Roadmap described above provides a possible way forward and one that might lead the PRC to a global leadership position on CCS technologies as was achieved with solar. Yet, it is far from clear that the PRC government is any more wedded to this prospect than were western governments over the last decade. Government representatives often share the western view that CCS is just too expensive and means less productivity from the fossil fuels that are burned. Cooperation across governments and with strong support from the coal and gas sector to finance real projects could provide a catalyst.

A compelling case for CCS may yet emerge from a combination of demonstration projects and the emergence of high-cost scenarios for alternative approaches in developed economies. The PRC may support CCS and achieve the major cost reductions envisaged in its Roadmap.