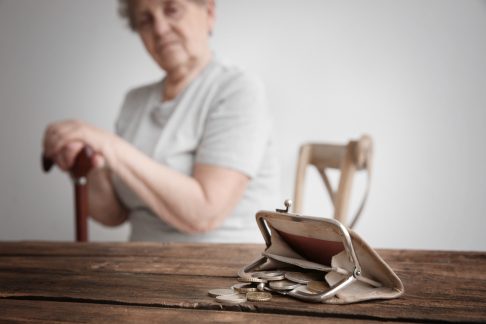 Published in Pearls and Irritations, 26 April 2021

The Royal Commission into Aged Care Quality and Safety has envisioned a new aged care system that would  ‘deliver an entitlement to high-quality care and support for older people, and ensure that they receive it’. It’s a call for sweeping change.

An entitlement to aged care means the government would pay for aged care costs, just as the government already pays for patients’ costs in public hospitals (through Medicare). These costs are distinguished from ordinary costs of living, such as meals and accommodation, which older Australians should pay themselves, just as these personal expenses are ordinarily met by people in the community.

This new funding model would be a fundamental departure from the current muddled system where older Australians pay a combination of both means-tested care costs and means-tested ordinary costs of living. All older Australians would be guaranteed the care they need. The complex means-tests for care and long waiting lists would disappear. Australians would no longer need to worry about saving large amounts of money for potential future care costs, should they develop dementia or become impaired in older age.

Many people support this new funding approach, including many advocates and people in the aged care industry. There are critics, but their arguments are fundamentally flawed. Here’s why.

Argument 1: Older people should be responsible for paying for their own aged care, because ageing is inevitable.

Response: But the amount of care people may need is not predictable, and as a result, people tend to save excessive amounts of money, ‘just in case’.

It is not sensible to require Australians to self-insure against the prospect of needing to pay additional out-of-pocket aged care costs. In fact, aged care is an uninsurable cost, because the variation is too great. Even for people over 85 years old, fewer than one quarter are in residential care and might face very high costs. So voluntary insurance becomes a difficult sell. Just as with healthcare, universal insurance becomes the most sensible option.

Universal funding would mean people would not need to worry about how they are going to fund their possible care needs. The Federal Government’s Retirement Income Review found that many retirees are net savers. They die with most of their retirement savings still intact, in large part because they were concerned about future health and aged care costs. Higher user contributions for aged care could increase such precautionary savings even further.

Argument 2: Means-testing is a better way to ensure poorer people do not miss out.

Response: But no matter how good it is, means-testing inevitably results in inequities.

Applying a means test to care costs could make Australia’s already byzantine aged care system even more complex. The current means-testing approach to aged care has proven problematic. The Royal Commission found that “the current aged care means-testing arrangements are insufficiently progressive” and were “not well set up to achieve equitable access to care”.

No matter how good means-testing arrangements are, a user-pays system inevitably results in some people missing out on needed care, especially those just above income cut-offs.

Argument 3: Universal coverage comes with moral hazard, and could result in out-of-control spending.

Response: With clear criteria and independent assessment, this should not be an issue.

Eliminating user contributions for care costs has little moral hazard – the argument that people will consume more if it has zero price – because funding could be based on an independent assessment of a person’s “reasonable and necessary” needs. And in any case, there is limited evidence for moral hazard.

Case-mix classification can also be used to ensure equity across all users. This can be achieved by creating a shadow classification system to measure whether the costs of similar people are consistent. If the averages are different across regions and demographics – either too high or too low – then those assessment processes should be reviewed and challenged.

Response: Inter-generational inequities should be instead addressed through the broader tax system.

No doubt, paying for aged care comes with inter-generational equity issues, as younger working-age people have to pay for the care of wealthier older Australians who have a greater capacity to pay. But these issues should be addressed through the broader tax system.

Tax measures targeted more at older Australians could help raise the money needed for the additional cost of a universal aged care system. For example, the pension assets test could be expanded to include more of the value of the family home, or superannuation tax breaks could be reduced.

Finally, a universal approach to aged care is not unusual. Other rich countries, such as Denmark and Sweden, which have high-functioning aged care systems, have universal coverage of aged care.