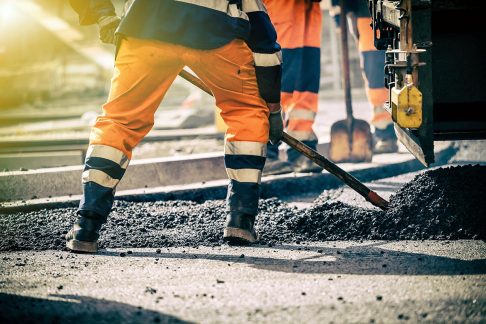 by Marion Terrill and Tony Wood

Long lines at Centrelink are a sobering sight. The fear of sustained mass unemployment has led to a renewed push for fiscal stimulus, including for governments to fast-track road and rail projects, re-establish a serious manufacturing sector in this country, invest directly in gas supply projects, and increase subsidies for big renewal energy projects.

But this recession is different. It has a specific identifiable cause – a cause that may be with us for a long time. Even with sufficient testing and tracing to deal with our rational fears of infection, we may still have social distancing restrictions that limit commerce even when consumers are keen, and our borders may remain largely closed to students, tourists and temporary workers.

So what should governments do? In highly uncertain times, it’s prudent to keep options open and invest only where there’s a reasonable basis for believing it’s worthwhile. There will be many interests, both commercial and ideological, seeking to align governments’ post-pandemic investment priority with their vested interest.

One long-term commitment that isn’t going away is to reduce CO2 emissions, to meet the Federal Government’s Paris targets and to achieve net zero by 2050, which is the common target of Australia’s states and territories. We’ve just had a small silver lining: power use has dropped a little with the shutdown, and electricity emissions have continued on a consistent downward trend. If governments want to seize this momentum, they should consider initiatives and investments consistent with a low-emissions future. They should avoid public funding or policies to invest in things that assume the opposite.

The list of things to consider should include accelerating transmission connections and renewable energy zones, and supporting projects to drive down the cost of producing renewable hydrogen. Governments should rule out subsidies or direct investment in renewable energy supply, coal-fired power plants, or new gas pipelines.

Australia may be pretty good at managing natural disasters, but this pandemic has exposed shortcomings in the availability of essential supplies such as personal protective equipment, virus tests, and ventilators – and no doubt others would emerge if we faced a pandemic of a different type. Governments’ response should be to ensure the resilience of essential supplies. But resilience doesn’t necessarily mean manufacturing on-shore; particularly if key inputs come from overseas, on-shore manufacturing may not help, and would probably be more expensive.

Australia can no longer be confident about future population growth. The Prime Minister says to expect a 30 per cent fall in overseas migration this year, and 85 per cent next year. After next year, who knows? Yet the existing infrastructure pipeline is predicated on the population growth we used to have.

Rather than putting the pedal to the metal, as the Prime Minister urges, state governments should thoroughly overhaul their infrastructure programs, and review the business cases of all major infrastructure projects to see whether they are still a priority or indeed whether they are needed at all. Work should start only on those projects that are robust to a range of possible futures.

For as long as the virus lurks in the community, or is believed likely to revisit us from overseas, many people are likely to avoid public transport unless they’re confident carriages won’t be crowded and fellow passengers will keep their distance. If working from home continues at scale, it may mean delaying new freeways designed to deal with traffic peaks. If people feel safest getting around by car, governments may need to consider congestion charging to ensure that the inner cities don’t get gridlocked in peak periods. If commuters take to cycling and e-scooters in any great numbers, maybe road space should be repurposed to accommodate them safely.

Of course, fiscal stimulus has its own logic, and plenty of people will be happy enough to see new infrastructure that might help us get ahead of demand for new roads, rail, power generation and storage.

But if governments are going to add to the growing debt mountain, they should do so in a way that sets us up for the future we’ll actually have, not the one we imagined before COVID-19. There’s so much we cannot foresee, but we do know that Australia has committed to reduce carbon emissions, that pandemic resilience will always be prudent, and that population growth is unlikely to bounce back any time soon.