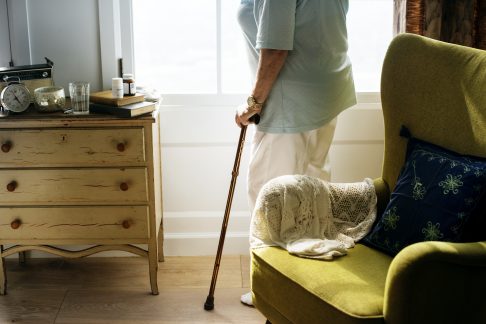 The extra money for aged care is welcome, but not enough

Published at The Conversation, 16 December 2020

Aged care in Australia is underfunded. As a consequence, many older Australians don’t have the support they need.

Today’s federal government announcement of A$850 million for an additional 10,000 home care packages goes some way to addressing the long waiting list of people who need support at home. But it’s not enough.

The announcement, worth A$1 billion in total, is part of the Mid-Year Economic and Fiscal Outlook (MYEFO). It also encompasses funding for various COVID-related response measures in aged care, such as further mental health and allied health support for people in residential aged care.

‘A cruel and discriminatory system’

When Australians need care and support in older age, the vast majority want to receive it at home. Yet most of Australia’s aged-care funding goes to people in residential care.

Unlike Medicare, where anyone can see a doctor without interminable waits, aged care is a rationed system, with available home-care plans limited by government planning and budget controls.

Australia’s capped system leaves many older Australians without the support they need, when they need it. As at June this year, 102,000 people were waiting for a home-care package at their level of need.

Currently, about 115,000 people receive care at their approved level, which means the number of people waiting is only marginally less than the number with a package that meets their needs. This is unacceptable.

The Royal Commission into Aged Care Quality and Safety, in its 2019 interim report, urged the government to immediately address this significant shortage of home-care packages, calling it a “cruel and discriminatory system”.

We need extraordinary measures, not dribs and drabs

But these additional packages are still inadequate. They will not abolish the home-care waiting list, and nor does the government foreshadow a timeline to do so.

The royal commission handed down its interim report more than a year ago. Yet the waiting list has fallen by only 17,000 places between June 2019 and June 2020.

You would expect the extraordinary demand to call for extraordinary measures, yet the additional 10,000 packages announced in this MYEFO is nothing out of the ordinary. Indeed, Prime Minister Scott Morrison stated the government has provided “10,000 additional home care packages at MYEFO every year for the past three years”.

These 10,000 packages bring the total number of new packages since the royal commission’s report to just over 50,000 — not enough to make an acceptable dent in the waiting list.

Home-care packages operate on a spectrum from level 1 to level 4. Level 1 is designed for people with the lowest needs, and level 4 is for those with the highest needs.

The 23,000 additional packages announced in the October budget included a disproportionate number of cheaper, lower-level packages. About 22% of new packages were at level 1, even though people assessed as needing a level 1 package made up only 3% of people waiting for a package at their level.

The misallocation problem looks set to continue; it’s been reported that one-quarter of the 10,000 new packages are also at level 1.

There’s no time to wait

It’s not enough for the government merely to dribble out more packages to look like it’s doing something.

The government must do more to solve the problems in the home-care system, such as bloated administrative fees — which average almost one-third of package costs — and a lack of information to help people choose the most appropriate home-care provider.

Importantly, the government should immediately phase in the obvious changes needed to improve the system — especially to expand home care to reduce the waiting list for higher-level care, as flagged in the royal commission’s interim report.

Last year’s interim report, the many hearings since, and Counsel Assisting submissions, provide ample evidence that the aged-care system needs to be fundamentally transformed. This will take years, and the government cannot afford to wait for the royal commission’s final report due to be released in February 2021.