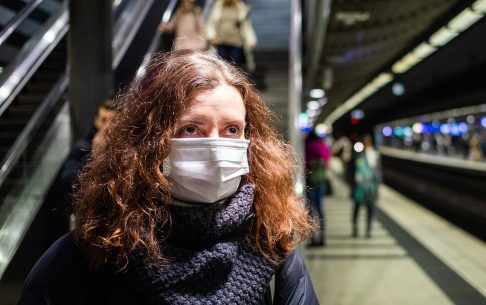 Australia’s hospitals are currently busy, and, if this were a normal year, they would expect to be busier as the flu season kicks in. The COVID-19 crisis is on top of that and will put greater pressure on hospitals, especially public hospitals.

Firstly, emergency departments may get deluged by people seeking testing. This is a poor use of emergency resources, so governments are scrambling to encourage people either not to test – if they are of low risk – or to use other testing services such as drive-through clinics or specialist fever clinics.

Secondly, a small number of people, predominantly older people and those with compromised immune systems or other pre-existing medical problems, could become quite sick indeed, requiring hospitalisation.

Some of these people will require quite long stays in intensive care units. ICUs and other ventilated beds are already one of the bottlenecks in the hospital system. This additional demand will principally affect public hospitals but may also have an impact on a small number of larger private hospitals.

Hospitals have only a limited number of strategies available to address this emerging challenge. The first is to expand ICU capacity and expand the number of other ventilated beds, specifically by purchasing more machines. Existing replacement plans should be brought forward and more ventilators commissioned as soon as possible, but this will only represent about a 20 per cent enhancement of capacity and substantially greater increases may be required. However, technology doesn’t treat people by itself. The machines need to be watched and monitored by trained staff.

There is some capacity to upskill staff and use the skilled staff to supervise staff with lesser training. But this may not be enough, especially in the worst case scenario. Hospitals need to plan now about how they will prioritise access to scarce ICU and ventilator resources.

Thirdly, hospitals – public and private – will be subject to the same staffing issues as every other business. Health workers will contract the virus and will be required to self-isolate. If a significant number of staff are away, say more than 10 per cent at any one time, hospitals will have to reduce their capacity at the very time the community will need them to increase it. It would be dangerous to relax isolation rules for hospital staff, because many patients will not already have contracted the virus and could be vulnerable to getting sicker.

Fourthly, again in common with any other businesses, hospitals are at risk of not being able to get supplies. There have already been interruptions to the pharmaceutical supply chain as new materials were not shipped from China during the height of the shutdown there. Factories are now processing raw materials into tablets, but those factories might also be at risk of shutdown, causing further interruptions to the supply chain.

The demand for personal protective equipment is increasing exponentially and may overwhelm local supply. Interruption to the supply chain will reduce the availability of treatments and could reduce the care available to patients.

Finally, there will be economic impacts. Although most private hospitals do not provide emergency care, there is likely to be some increase in demand for private hospitals, in turn increasing private health insurance payouts. This will pass straight to the insurers’ bottom lines at a time when insurers’ performance is already sick.

The bigger impact will be on public hospitals, the states, and the Commonwealth. The Commonwealth has offered a 50:50 cost-sharing program with the states, capped at $1 billion. There is no rational basis for this cap – in contrast, the United Kingdom’s conservative government has offered uncapped additional funds for the National Health Service. The 50:50 sharing also seems to be a bit mean and advantage the Commonwealth, which already picks up the lion’s share of primary care funding which is where all the current action is, and on the public hospital side is close to the existing 45:55 ratio. If states set up testing clinics, thus reducing demand on GPs, the Commonwealth saves every dollar of GP visits averted, but only pays the state half of the cost. So the cap and the sharing ratio may signal that the Commonwealth is engaged in short-term game playing rather than rising above that in the face of a pandemic. National leadership should have entailed more generous sharing.

Every hospital has its own disaster preparedness plan and its own infection control plans, which are presumably now been activated. The challenges for all hospitals, but especially public hospitals, will be great. With good public health measures, hopefully the spread of the virus might be slowed, the peak infection minimised, and the consequential impact on hospitals minimised.

If all the stars align, Australia’s hospitals will just have a worse-than-usual winter. But if the more gloomy predictions become reality, then our hospitals – and the people they serve – could be in for a tough time.