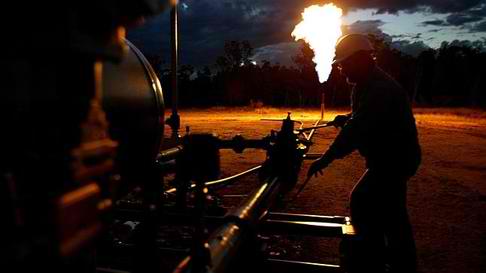 The monster of protection must be slain again

Published in the Australian Financial Review on 30 October 2013

Protectionism is a many-headed beast.

Over several decades policymakers and governments thought they had slain the beast but like Hydra, it re-emerges with a new head and with tantalisingly positive reasons things are different this time.

The latest two manifestations are just as bad as earlier ones but are more disappointing, given their sources.

The gas supply on the east coast of Australia is looking tight, especially for NSW on winter days in 2016, and wholesale prices are set to increase significantly from a low, long-term and stable level, to international parity.

Willox’s proposed solutions to the first problem – that governments need to resolve the impasse on coal-seam gas development in NSW and address structural barriers to a transparent and liquid gas market – are sensible. Yet in his solution to the second problem he suggests there could be a case for “temporary public financial support for businesses whose competitiveness is at risk from the (temporary) gas price surge”.

The view that public funding should be deployed to protect industry from changes in the business cycle is almost breathtakingly blind to the lessons of historical precedent. History shows such protection measures lead to distorted price signals, inefficient industries, lower investment and ultimately higher prices.

Ai Group is also advocating a national interest test to be applied to any new LNG export capacity. Yet in the specific case of LNG exports, this seemingly sensible idea would fail on two practical counts. The first part of the proposed test is whether there remains an adequate gas supply for domestic requirements.

As Grattan Institute’s report and other analyses demonstrate, the problem is not a lack of gas. If such a test had been applied to the current crop of LNG facilities being constructed in Queensland, it would have concluded there is enough gas.

The problem is that domestic customers are seriously challenged to pay the price importers overseas are prepared to pay.

Second, reserving a portion of gas for domestic use on Australia’s east coast would be at a significant cost to the nation’s economic welfare, as a recent analysis by Deloitte Access Economics indicated. A similar 2013 study for the US Department of Energy concluded there were higher net economic benefits from unlimited LNG exports than from restricting exports.

The second call for government intervention in the energy market came from Michael Fraser, managing director of energy generator and retailer AGL. He suggested taking advantage of the new government’s direct action policy to revisit the former Labor government’s ill-fated contracts to close some power stations. He is quoted as saying, “if you look at the words ‘direct action’, I think that if there was a policy out there that would see the closure of some of the higher-emitting power stations, I think that would be greeted with applause by everyone”.

In one sense, Fraser is absolutely right. Everyone should welcome a policy that efficiently reduces emissions in the power sector through pricing greenhouse emissions. The Labor government’s emissions trading scheme would have provided such a price signal. It remains to be seen whether the carbon price created by the Coalition Government’s direct action plan will do the same. Of course, the owners of such power stations would not welcome the consequential devaluation of their assets.

However, AGL is not a neutral observer. As owner of the Loy Yang A power station, it has a vested interest in the withdrawal of competitive capacity from an over-supplied market. Falling demand over the last five years should mean capacity withdrawal. But the market should decide what goes. With appropriate emissions pricing, the oldest and least competitive generators will fall behind and close. Some environmentalists see the closure of brown, coal-fired power stations as the primary objective of climate change policy. They were disappointed by then federal energy minister Martin Ferguson’s failure to close brown coal power stations with a $2 billion cheque book. They would welcome a new attempt. AGL and environmentalists are an unusual alliance.

In the past 30 years Australians have benefited from the emergence of well-regulated markets across a range of industries, and from the withdrawal of protection in the absence of clear market failures and barriers. Yet calls for public financial support and subsidies continue in various guises. They are all forms of industry protection and a poor use of public funds and should be firmly rejected.