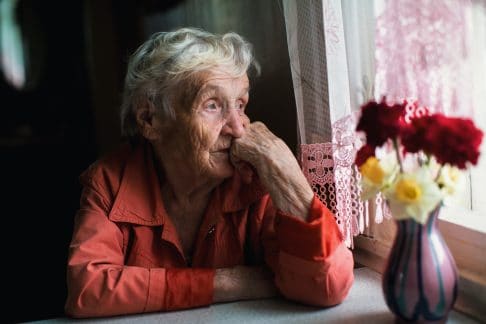 by Anika Stobart and Stephen Duckett

The final report of the aged care quality and safety royal commission comes after more than two years of inquiry, 10,574 submissions, and 641 witness appearances. At the end of it all, Australians have been offered a muddled path to reform.

The diverging opinions of the two royal commissioners, glimpsed at during the hearings last year, are in fact a gaping divide. That will have significant consequences for older Australians.

The two commissioners agree on many important changes to the system, such as a new rights-based Act, needs-based entitlement including an end to the waiting list, improved workforce conditions, and increased transparency. But they disagree on fundamental issues: how to pay for a better aged care system, and how to govern it.

The big question remains: how far are we willing to go to ensure all older Australians are able to live meaningful lives as they age?

If we want a better system, we need independent regulation

The commissioners agree that better system governance is crucial to reform. This includes a new rights-based Act with much stronger regulation and more transparency, and regional offices scattered across the country to help manage the system on-the-ground. Better governance is imperative in a sector dominated by many powerful not-for-profit and for-profit care providers.

But the commissioners disagree about how the system should be managed. Commissioner Tony Pagone wants a new independent agency; commissioner Lynelle Briggs thinks responsibility should stay with the Department of Health. She is concerned that moving it away from the government would weaken the direct accountability of ministers, and instead supports an independent quality commission to oversee regulation.

Keeping the department in charge will merely continue the unacceptable status quo. It is unlikely to lead to the much-needed culture change. The department has a poor track record on aged care. Look at its mismanagement of the Covid-19 crisis in residential aged care – the federal government’s failure to adequately prepare for the threat of Covid-19 contributed to a horrific death toll.

Commissioner Briggs calls for a rights-based aged care system but does not adequately explain how older people’s preferences for care would be met. It would have been possible to both recommend departmental stewardship of the system and the creation of independent regional bodies to support older Australians and protect their rights.

If we want a better system, we should secure funding

Both commissioners rightly agree that the government has not funded the system adequately. The current ration-based system has resulted in about 100,000 people languishing on the home care waiting list, or not getting the level of care they need. And substandard care is rife, made more likely by a sector that relies on overstretched, undertrained, and insecure staff. It’s unacceptable.

In their final report, the commissioners call for a rights-based system – which recognises that older Australians have rights to autonomy and dignity. Consistent with a rights-based approach, the commissioners rightly say that older Australians are entitled to care and support that meets their needs and preferences. Gaining access to the aged care system shouldn’t be based on people’s capacity to pay. Universal coverage for care would have the advantage of spreading the costs risk across the population, as Medicare does for our health system.

But the commissioners diverge on how far this reform should go. Commissioner Pagone proposes that eventually all costs should be covered by the government. But this recommendation is not based on any clear logical principle and goes too far in its demands on government spending. Australia has an ageing population, and if we move to a needs-based aged care system, funding demands will be very significant.

Commissioner Briggs has a much more sensible proposal, calling for legislation by 1 July 2022 that establishes an aged care improvement levy of 1% of taxable personal income. She argues that the visibility of this levy would help taxpayers hold the government to account. With the proposed tighter regulation and increased transparency, such as providers publicly reporting on their care hours, and government funding directed to the cost of care only, it will be much harder for money to leach into provider pockets.

Where to from here?

The substantial disagreements between the two royal commissioners undermines the force of their findings and gives the Morrison government an easy out: it can merely choose the least costly option. But the government shouldn’t hide behind the commission’s indecision. Australians should demand that the government not waste this once-in-a-lifetime opportunity to finally fix aged care.