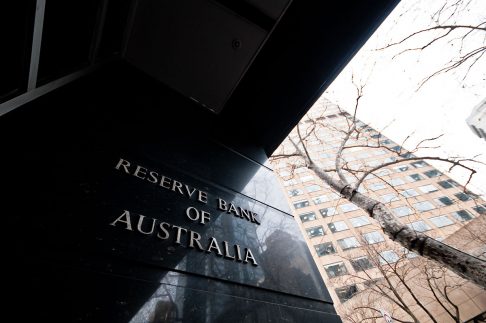 COVID-19 has left the Australian economy in a deep hole. Governments have taken steps once considered unthinkable, spending billions to prop up the economy.

But amid the flurry of activity, one key actor sits largely on the sidelines. Reserve Bank governor Phil Lowe has been unusually quiet in recent months.

The cash rate is now close to zero, bumping up against the constraint on conventional monetary policy. But that doesn’t mean the RBA is out of options.

It has already dipped its toe into unconventional monetary policy. The “yield curve control” policy – buying government bonds on the secondary market to ensure that the yield on three-year bonds is 0.25 per cent – is a step towards the sort of unconventional policies that other advanced economy central banks deployed after the GFC.

And the RBA is assuring us all at every opportunity that interest rates are going to remain low for the foreseeable future.

These actions are welcome: they will help lift inflation and economic activity. But the bank’s latest Statement on Monetary Policy makes clear they’re not enough.

Unemployment is now expected to peak at 10 per cent by December and remain at 7 per cent in 2½ years time. Prospects for real wage rises appear remote.

Market economists – according to the RBA’s own survey – expect inflation two years from now to be just 1.8 per cent, below the the 2-3 per cent target band.

Union officials are more pessimistic, expecting 1.4 per cent inflation in the coming year and 1.6 per cent the year after. Bond markets are pricing in inflation over the next decade of just 1 per cent a year.

For a given nominal interest rate, lower inflation implies higher real interest rates. And weak inflation, and particularly deflation, makes it harder for everyone from households to governments to pay down their debts.

Which is why it’s so surprising that Lowe is ruling out using most of the remaining tools in the Reserve Bank’s policy toolkit.

He has dismissed the prospect of taking the cash rate below zero, but it’s not clear why.

A recent Bank for International Settlements survey found that central banks that had taken interest rates negative thought the policy had helped them achieve their goals, and that side effects had been contained. The RBA is well aware of that report – Lowe wrote the foreword.

As well as negative interest rates, the bank could also consider purchasing a broader range of financial assets beyond three-year government bonds.

And the bank should also more clearly communicate its plans. The RBA board has said it won’t lift the cash rate “until progress is made towards full employment and it is confident that inflation will be sustainably within the 2-3 per cent target band”.

But we could be a long way from full employment – but making progress towards it – and still pass the board’s test.

The bank could make its plans clearer by adopting something like the “Evans rule” that the US Federal Reserve implemented as America recovered from the GFC, stating that it wouldn’t increase interest rates until inflation rose above 2.5 per cent, above the 2 per cent target, or unemployment fell below 6.5 per cent.

Some fear the side-effects of looser monetary policy may not be worth it. But the concern that unconventional monetary policy will not boost economic activity is not supported by the evidence from overseas.

A second claim is that unconventional policy may raise the risk of financial instability. But the bank, as chair of the Council of Financial Regulators, has influence over other policy levers to ensure financial stability, such as strengthening bank lending rules or capital requirements, and there are compelling reasons to use these levers rather than keeping monetary policy too tight to maintain financial stability.

If looser monetary policy boosts employment, this tends to reduce income inequality. Higher inflation also tends to benefit debtors at the expense of creditors, which on average reduces inequality.

Monetary policy alone can’t get us out of this deep economic hole. Large-scale fiscal stimulus is needed, as we argued recently in Grattan Institute’s The Recovery Book.

But it can and should do more to help, otherwise the Reserve Bank risks being sidelined in the response to Australia’s worst economic crisis in decades.