1. Palmer tried to buy the election

Clive Palmer was the big noise of the 2019 election, and now nine months later, we can finally put a figure on his influence. The United Australia Party spent $90 million during the election campaign, $84 million of which was donated by Palmer’s mining company, Mineralogy Pty Ltd. This is the single biggest donation on record, way above the previous record of $15 million – also held by Palmer – at the 2013 election. The largest non-Palmer donation ever was $4 million from a private investor and philanthropist. 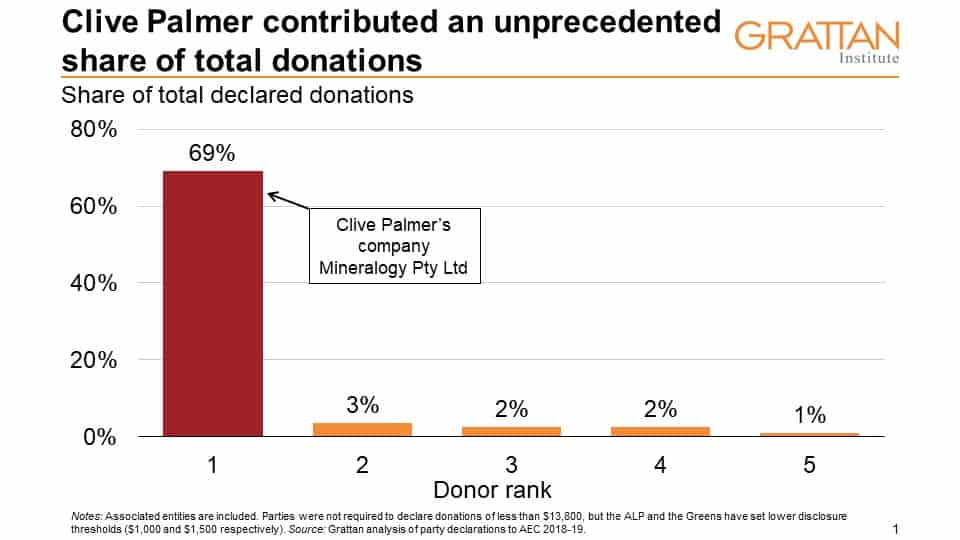 Looking back at the past five elections, an interesting correlation is evident. The party with the biggest war chest tends to form government. It’s only a sample of five, and it’s unclear whether higher spending drives the election result or donors simply get behind the party most likely to win. But in 2019 Labor was widely expected to win, so its smaller war chest supports the proposition that money assists in delivering power. 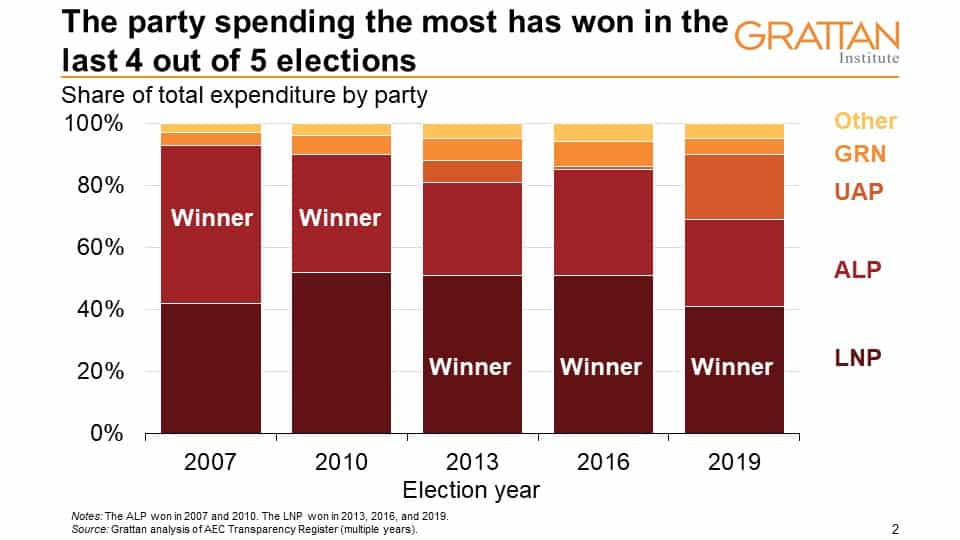 3. Half of private funding is hidden

A substantial proportion of private funding to the major parties was not disclosed. This may be because the parties received a lot of small donations below the disclosure threshold – sausage-sizzle fundraisers, for example. But the money may also come from sizeable donors who were not required to declare their contributions because they kept them below the high disclosure threshold of $13,800.

This risk is magnified by a loophole in Australia’s donations rules that means that parties don’t have to aggregate multiple below-threshold donations from the same donor. This loophole enables very large donors to hide their identity, and until it is closed, voters cannot be confident of knowing who the biggest contributors are to election war chests. 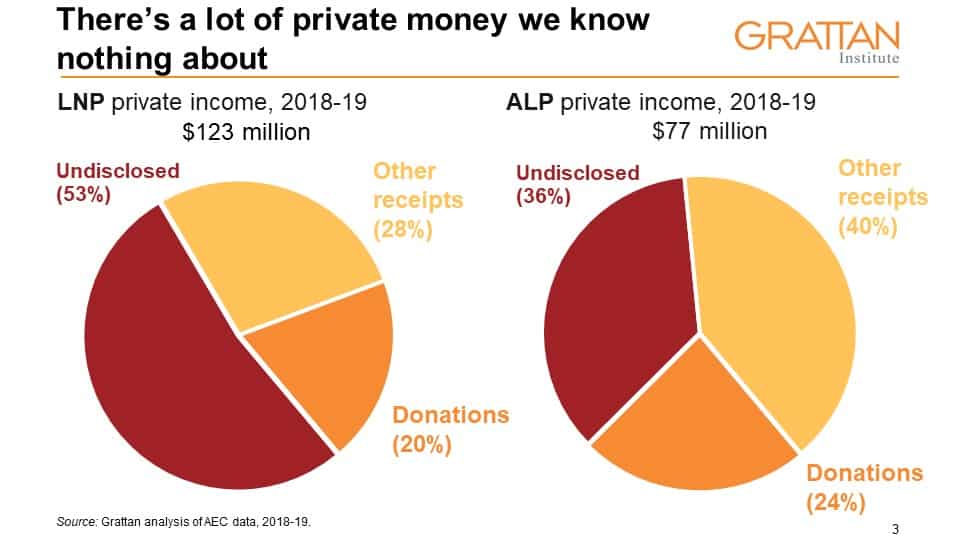 What policy makers should do to fix Australia’s donations regime

The Commonwealth Parliament can improve the transparency of political donations by:

These simple rule changes would bring Australia’s federal political donations regime in line with most of the states and most OECD nations. The current regime leaves voters in the dark.

But ultimately, to reduce the influence of money in politics, the parliament should introduce an expenditure cap during election campaigns. Parties and candidates can currently spend as much money as they can raise, so big money means greater capacity to sell your message to voters. Capping expenditure during election campaigns would reduce the donations ‘arms race’ between parties and limit the influence of individual donors like Palmer.