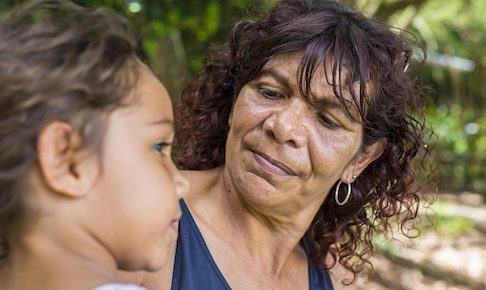 First, the good news. A new code of conduct for medical practitioners, drafted by the Medical Board of Australia, includes a section on working with Aboriginal and Torres Strait Islander people. It’s a signal from the board that the medical profession has important ethical obligations toward Indigenous Australians. The draft code says:

Now for the bad news. As welcome as this high-sounding rhetoric is, it misses the point: it squibs the fundamental issue about healthcare for Indigenous Australians. In 2016, Aboriginal health services expert Professor Judith Dwyer, with colleagues, conducted an extensive review of the literature on this issue and concluded:

Australian research on differentials in care has established that systemic racism is real, with damaging effects on access and quality.

The most egregious aspects of overt racism are condemned by mainstream Australia. But the evidence about the way Indigenous Australians experience healthcare cannot be dismissed as a random artefact – unconscious racism may be at play. This may be as simple as well-intentioned people thinking that treating Indigenous Australians equally is good practice, when contemporary ethics acknowledge that unequal need warrants unequal care. That is, equal treatment is not enough to overcome Indigenous disadvantage; additional care is required.

It is also important that health professionals ‘see’ the ways in which the practices and policies of healthcare organisations affect Indigenous patients’ access to and quality of care.

A key way to address racism in healthcare, whether unconscious, systemic or institutional, is to call it out and ask health professionals to take additional actions to overcome the bias. For this reason, the Code of Conduct needs to direct medical practitioners’ attention to unconscious bias, and to the steps they need to take to redress it. A new subsection should be added to the Code, instructing doctors that good medical practice also involves:

The time has come to name the systemic bias and unconscious racism. All medical professionals should be directed to reflect on their practice, and whether they are making assumptions about the care of Indigenous Australians that have the unintended consequence of worsening their experience of care and the outcomes of that care.