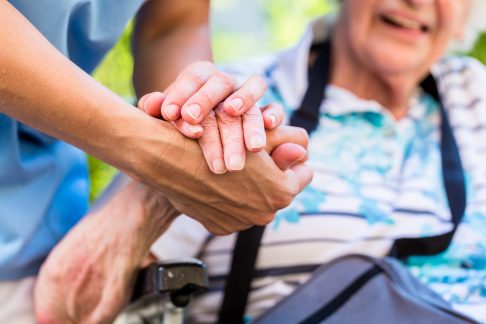 Published in The Age and The Sydney Morning Herald, 20 April 2021

Government budgets ask fundamental questions about country’s priorities – how much should be spent on submarines versus health, for example, while keeping taxes down.

Next month’s budget is when the federal government has to decide how much to spend on aged care, following last month’s damning final report of the Royal Commission into Aged Care Quality and Safety. Implementing the 148 recommendations detailed in the 10-kilogram report will cost billions.

A pre-budget leak suggests the government will stump up maybe $5 billion a year, half what the royal commission estimated was needed to make up historical shortfalls in spending. Any increased investment will buy a lot, and address many of the failings the royal commissioners highlighted.

An additional $10 billion a year could clear the 100,000-person waiting list, with higher-level care provided within a month of people being assessed. It could pay for better training and higher salaries for carers, and more staff in residential care homes. It could buy improved oversight of the system and employ thousands of care finders to help older Australians get care that meets their needs and preferences.

But money doesn’t come from thin air. The critical question now before government is where this money should come from: users or taxpayers?

The royal commission was clear on its choice: users should not have to bear the burden of their care. No matter how good means-testing arrangements are, a user-pays system inevitably results in some people missing out on needed care.

This does not mean users should make no contributions: they still ought to pay for their ordinary costs of living – such as meals, and gardening – just as they would have to have had paid for it or done it themselves before they needed care. A more consistent way to pay for these costs could reduce some government spending.

But independently assessed care, such as nursing, is quite different. Australia has a universal health system, Medicare, and the vast bulk of GP services involve no out-of-pocket costs for patients. The same is true for disability services.

Australia should move to a universal aged care system. Universal funding is more equitable. If government pays for care – rather than users – then the burden is lifted from frailer, sicker and generally poorer people who need the services, and spread across taxpayers, especially wealthier people who generally pay more tax.

So where should government find the money? The short answer is we, as taxpayers, will have to contribute. It is a priority choice – if we want to end the horror stories we heard about in the royal commission, we’ll need to ensure more money flows into the government coffers and out to residential and home care services.

The government cannot claim it can’t afford better care for older Australians in need. It has a number of funding options.

The royal commission proposed a 1 per cent Medicare-style aged care levy on taxable incomes. This would mean the median taxpayer putting in just $610 a year. Surveys suggest most Australians think that it is worth it.

Many older Australians have the capacity to pay more. The average household headed by someone aged 65-74 now has more than $1.3 million in net assets. That figure has more than doubled in the past two decades.

Currently, only the first $214,500 of the family home is included in the pension assets test. As a consequence, people in multimillion-dollar houses can still draw a pension. Instead exempting the first $500,000 of home equity, and including any home value above that towards the pension means test, would be much fairer, and could save the budget billions each year to pay for aged care.

For example, income from super funds after retirement is tax free for people with super balances of less than $1.6 million. If that income was taxed at 15 per cent – the same rate as superannuation earnings before retirement – billions more could be raised.

Tightening super tax breaks would mean the wealthiest 20 per cent of older Australians would pay more – but they are precisely the group with the capacity to contribute more to the cost of their own aged care.