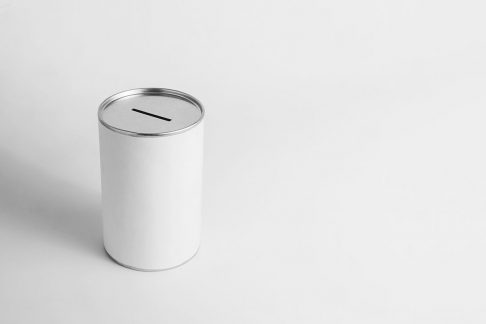 In addition to sketching out some of the context of the growth of charities and the role of charitable giving, the book highlights problems with the regulatory framework of the sector and its regulator, and then provides case studies of poor management and outright fraud.

I read the book through the eyes of a board member of two organisations with tax deductible gift recipient status – the Brotherhood of St Laurence and RMIT University – and an employee of another, Grattan Institute. These comments are not meant to impugn my colleagues on those two boards who are good contributors who share the values of the organisations. However, that is not always the case with boards of charities, as the case studies in this book make clear.

Bill’s final chapter, entitled Hindsight, provides recommendations, but not enough in my view.

The book identifies issues in a ‘celebrity charity’, the Shane Warne Foundation, and in an ‘iconic charity’, RSL New South Wales. There is another type of trouble which the book does not address which I would label market vulnerability fraud, although I would welcome improvements on this label.

One of the consequences of the neoliberal agenda of the past few decades has been the reduction in government provision, either by defining away needs, or by outsourcing government services. De Maria mentions all this but de-emphasises the consequences.

In the early years of federation, Australia was heralded as an international social laboratory, with new forms of government support for the vulnerable, strong industrial protection, and the creation of a living wage. In contrast, the offering today is a cold place, often with a cold heart. The travesty of Newstart is a good case study of what happens when policies neglect compassion for the vulnerable.

When charities participate in tenders to provide services, they risk being co-opted, and providing a cold place, with a cold heart, and often a cold shoulder as well. Accountability obligations are increasing, while funds are tightening, increasing the likelihood that contracted charities might be forced to compromise quality to meet budget, and neglect the crucial role of monitoring to effect continuous quality improvement. Government contracts often attempt to stifle voice and advocacy as well.

Boards of larger charities now often include a corporation of people from business, hopefully bringing ‘generic skills’ to the ‘charity business’, de-emphasising the role of both lived experience and sector-specific work experience. Boards risk becoming dominated by the language of business, complete with risk and skills matrices.

The first job of the board is to lead the culture of the organisation (Schein 1992). In my view the key risk a board needs to monitor is that the values of the organisation are being lived out. This was not the case in any of the case studies in Bill’s book. It is also not amenable to the ‘tick the box’ culture of risk matrices as often imported from private business practice.

I now want to return to market vulnerability fraud. Commodification and marketisation are now sweeping both the disability sector and the aged-care sector, with models of consumer-directed care and the like. Under a flawed model of ‘user rights’ (Gibson 1995; Goodin and Gibson 1997), vulnerable people are exposed to the ravages of unregulated markets, with unscrupulous operators skimming fees for  limited services. Fly-by-night operators of these services have learned all the bad lessons of bank behaviours and implemented them. A big risk for charities operating in those sectors is that they may well forget their values and exploit the vulnerable with high management fees, provide substandard services, lobby against transparency, and generally not act consistently with the values that they espouse. Sure, it is not officially fraud, but in my view it is just as immoral.

Bill’s Hindsight chapter has a good checklist of the preconditions for charity fraud and mismanagement. Boards should regularly review that list to assess their risk on these dimensions.

Bill posits a number of recommendations, some of which are obvious, including the need to start again with the regulation of this sector. The current model is clearly not fit for purpose – it is neither transparent nor effective, it is not protecting the public from scammers, and it fails well-behaved charities too.

Tightening up of what is a charity is a bit more contentious. Bill’s suggestion that private schools should no longer be charities goes a bit too far, but I would support tightening eligibility for donations so that the fifth sports oval can no longer attract tax deductibility. Gifts to any organisation should only be seen as charitable if they are for the vulnerable – in the schools’ case, for scholarships for people from lower-income families, for example.

This book is an easy, albeit depressing read. I would commend it to you but urge you think also of the positives charities contribute to this country.

I hope this book acts as a wake-up call to charities, the non-government sector more broadly, and especially the government in terms of its role in social provision and how we regulate the sector.

Stephen Duckett, Grattan’s Health Program Director, made these comments at the launch of Trouble in the land of giving in February 2020.