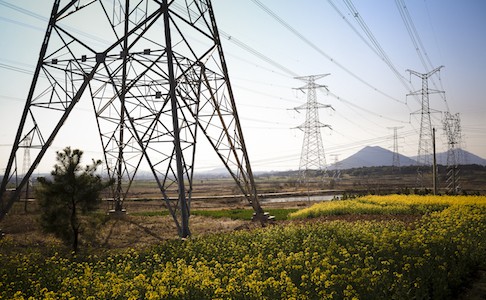 The latter was a jolt, because as recently as June, AEMO’s forecasts had suggested supply and demand would be in balance. Such a shortfall would have severe consequences for gas and electricity consumers. It would be the equivalent of shutting down a 1000MW power station for the whole year.

It’s understandable that the federal government, faced with the possible closure of gas-based manufacturing businesses, or blackouts, is threatening to intervene in the market, no matter how furiously the gas industry warns about sovereign risk. Federal Labor and gas consumers are urging the government to pull the trigger on its “gas security mechanism” to restrict exports. The Prime Minister judged it better to lock down an agreement with the companies to assure supply. While that feels like a high-risk strategy, Malcolm Turnbull knows it is in the industry’s own interests to give and back up that assurance with gas at prices consistent with export parity.

In a different high-stakes game, AGL confirmed at its annual meeting its intention to shut the Liddell power station in 2022 and make up the shortfall with an upgrade to the Bayswater station, renewables, gas and storage. Rather than declare victory for supply security, the PM and his Energy Minister, Josh Frydenberg, continue to press AGL to either extend Liddell’s life or sell it to someone who will.

These events echoed meetings between the federal government and electricity retailers. The companies promised to remove barriers preventing consumers, particularly the disadvantaged, from being on the best deals.

Policy by negotiation might be high profile and high tension, but it’s a walk in the park compared with the government’s challenge of navigating the broader energy and climate-policy minefield. The fact that some of the mines were laid by the government itself doesn’t make it any easier.

All governments like a review, and this one has ordered plenty of them. The Finkel review was commissioned to deliver a blueprint for electricity market security in the wake of last year’s blackouts in South Australia; AEMO was asked for advice on dispatchable electricity in the wake of concerns that we are running out of capacity; the ACCC was asked to investigate the supply of retail electricity and the competitiveness of retail electricity prices in the wake of high retail prices; and the Australian Energy Regulator (AER) has been asked to investigate reports that inappropriate bidding behaviour by NSW coal generators is forcing prices up.

The good news for the PM and Frydenberg is that these various reviews are telling a generally coherent story. Turnbull and Frydenberg’s task is to weave these threads into a consistent and compelling narrative on security, price and emissions. The bad news is they have nowhere to hide.

They have much work to do to within the Coalition partyroom. Economic modelling for the Finkel review, using assumptions on the future cost of energy technologies, showed that a Clean Energy Target would deliver 42 per cent renewable energy and no new coal-fired power stations by 2030. These results have been misrepresented in some media as being recommendations, and used by opponents of climate change action to wrongly associate high levels of renewable energy with low levels of supply security.

Yet, there are positive signs: an Energy Security Board has been established to implement the Finkel blueprint; AEMO’s proposal for a mechanism to deliver future dispatchable power capacity has given Frydenberg an answer to industry and internal party critics; the agreement with the big retailers to give electricity customers more information about how to get a better deal is a welcome government initiative; and the ACCC and AER, based on previous reviews, are likely to conclude that market rules are being followed by generators, but that the rules of the wholesale market itself may need to be reconsidered given the concentration of ownership and market power that has emerged.

Turnbull and Frydenberg’s big task – still doable – is to craft a policy for the energy sector that excludes subsidies for renewables, does not exclude coal, yet still sets Australia on a path to achieve its agreed international commitments to cut emissions. For example, a model we described in a submission to the government’s climate change review, places the emissions reduction obligation on energy companies without prescribing how they meet that obligation.

Step anywhere in the wrong place, and political mines could be detonated. But all are avoidable. Good policy and practical politics may just align.