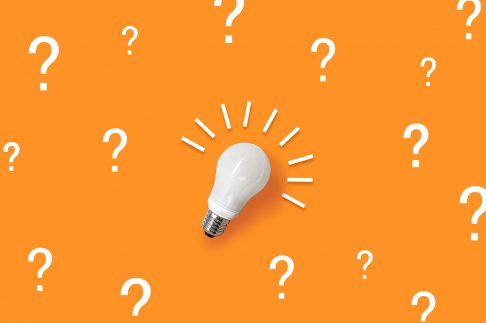 This report debunks two competing myths: first, that we need to continue to rely on coal-fired power stations, and second, that moving rapidly to 100 per cent renewable electricity is the best way to reach net-zero emissions.

The electricity sector will more than deliver its proportionate share of Australia’s current 2030 emissions reduction target. The federal government projects that renewable electricity will meet 55 per cent of demand by the end of this decade.

The major federal political parties, and all state and territory governments, agree on an economy-wide goal of net-zero emissions. They have been unable to agree on how to meet this target and ensure that a system dominated by intermittent wind and solar power can deliver acceptably reliable electricity.

The result is an unco-ordinated policy mess wherein individual governments are directly intervening in the electricity market to reduce emissions and protect reliability. Such interventions are most unlikely to meet those goals at lowest cost.

The Grattan report provides an answer by analysing what a future NEM could look like with higher levels of wind and solar electricity and what the cost is likely to be, compared with a system dominated by coal.

Our modelling and analysis lead to three conclusions. First, Australia can move to high levels of renewables across the NEM with little risk to reliability or affordability. Closing most coal-fired power stations would dramatically reduce emissions at a lower cost than what the government currently pays under its successful Climate Solutions Fund.

Second, as the proportion of renewables increases to about 70 per cent, the value of inter-regional transmission and an interconnected NEM increases, to ensure sufficient supply at times when weather conditions mean less wind and solar electricity is being generated. All the states in the NEM benefit at different times through either exporting or importing electricity across state boundaries. Battery storage and gas-fired generation also play an important role in balancing the system.

Third, the best information today indicates that absolute zero emissions for the electricity sector is the wrong goal. A NEM with 90 per cent renewables and no coal-fired power stations would meet projected demand with emissions more than 94 per cent below 2005 levels. This is still low-cost abatement at less than $40 a tonne of emissions saved. Closing the gap to zero emissions would require major technological advances to back up renewables during periods when demand is high but wind and solar supply are simultaneously low.

Gas with offsets will be the lowest-cost back-up technology until zero-emissions alternatives such as hydrogen-fired generation, carbon capture and storage, modular nuclear reactors or pumped hydro storage are economically competitive for long-duration firming. This will happen as zero-emissions options become cheaper, and offsets become increasingly expensive as Australia moves towards net-zero emissions across the entire economy, most likely in the 2040s. In the interim, government support for zero-emission technology development and early-stage deployment will remain critically important.

These conclusions are good news for governments.

The federal government and the states are increasingly concerned about maintaining reliable supply as coal-fired stations close. Rather than address this concern with more, direct interventions, they should embrace their own Energy Security Board’s recommendations on improving the market design to deliver efficient investment.

Governments should recommit to an interconnected NEM to deliver reliable, low-emissions electricity at lowest cost. They should resolve cost allocation disputes so interconnector upgrades can proceed as needed.

Designing and implementing climate change and energy policies is demonstrably hard in Australia. Yet, the goal of reliable and affordable electricity with net-zero emissions is eminently achievable and worth the effort.