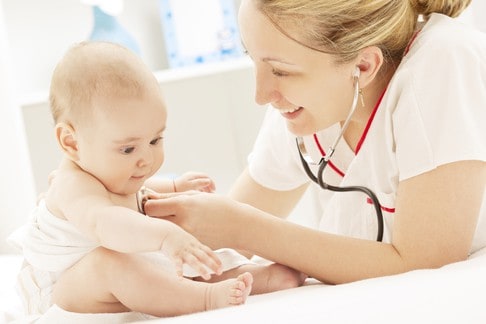 We need Medicare reform, but co-payment 3.0 is the wrong place to start

Published at The Conversation, Thursday 22 January

The primary care reform debate of the last 15 months got off on the wrong foot. It was framed in terms of cutting government spending, with an overlay that consumers needed to bear the brunt of system reform. Although no one can deny the importance of money, nor the importance of consumers as being part of reform, the framing led policy makers down the path to perdition.

In response, both policy experts and medical professionals denounced co-payments as inequitable and, potentially inefficient.

A second frame was that Medicare was unsustainable. Again, this assumption was challenged and shown to be a myth.

Consider what the reaction of the public and the medical profession would have been if the frame was: how do we improve the quality of primary care? Or, what steps will keep growth in primary care spending in line with population growth while protecting access and quality?

Medicare reform must focus on increasing value, not just cutting costs. This means changing how things are done and what gets done, not just who pays for it. Policymakers can learn from patients about what is wrong with the system.

One area for savings is through reducing duplication. Extracting savings from duplication will be neither easy nor quick, but eliminating duplication can increase the speed of diagnosis and patient convenience while cutting costs.

In a 2013 survey of 1,500 Australians conducted by the New York-based Commonwealth Fund, 7.9% of respondents said that in the past two years their doctor had ordered a medical test that the patient felt was unnecessary because the test had already been done.

One in eight has experienced a situation where information, including test results, was not available at a consultation when required.

At present, a general practitioner or a specialist might order a pathology test not knowing that the same test was ordered by someone else a week before. But what if all pathology tests had to be ordered electronically and results uploaded to a secure site?

If a duplicate test was ordered, a real-time message could tell the doctor and ask for confirmation that another test was necessary. The technology to do this is available now and has been for a decade at least. What is required is getting that technology onto the desktops of clinicians.

Patients would be happier not having the inconvenience of having to present for multiple tests. Clinical care would be improved by quicker diagnosis. Savings to the taxpayer would automatically flow. A win-win-win situation.

Previous Grattan Institute work has shown that almost 20% of general practitioner visits were “less complex”. This means they only involve one problem, with only one or two medications prescribed. They don’t involve referrals to specialists or allied health services, ordering of tests and investigation, conducting procedures or providing other treatment.

A significant proportion of these visits could reasonably and safely be handled by other professionals: physician assistants, pharmacists and practice nurses.

Pharmacists could work in collaboration with general practitioners to issue repeat prescriptions. Pharmacists have four years of drug training and can safely dispense drugs and provide advice on medicines. Pharmacists in the United Kingdom, United States, Canada and New Zealand already deliver a wider range of primary care services and Australian pharmacists should follow suit.

Practice nurses could take a greater role in management of chronic illness. They could be responsible for monitoring patients and coaching them about how to manage their illness.

The expected annual remuneration for all these professions is up to two-thirds that of general practitioners. Developing models which involve a shift of care from general practitioners, freeing them up to perform the more complex care that fully uses their skills, would be a move in the right direction and would add to their work satisfaction.

Again, as well as improving the health system financial bottom line patients would get quicker access to care.

The challenge for policymakers will be ensuring that those other professionals are true substitutes and not additive.

The two proposals outlined here are just the tip of a reform iceberg. Money is to be saved in improving prescribing and in improving referral pathways too.

None of the options described here will deliver savings within six months, but then again, neither did Co-payment Policy 1.0 or 2.0. All these changes are difficult. They require shifting a complex system, managing implementation and often taking on vested interests.

Making the system work better is hard, but the government is learning that not doing it, and passing the buck to patients, might be even harder.