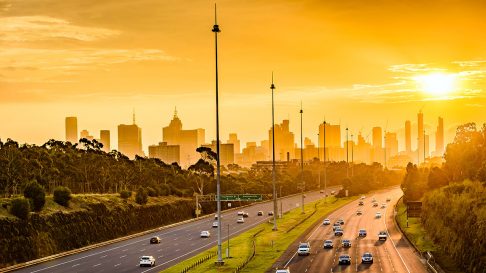 We shouldn’t give politicians blank cheques for megaprojects

Victoria is spending more than $30 billion on just three massive transport projects – the Metro Tunnel, the West Gate Tunnel, and the North East Link. We’ve never been here before, and we should never go there again.

Megaprojects aren’t the only way to keep a city moving, and often they’re not the best way. They should be a last, not a first resort.

When the Brumby government first committed to the North East Link back in 2008, we were told it would cost $6 billion. Today the price tag is $15.8 billion.

Today’s version has some extra bells and whistles, but its fundamental purpose is the same: to link the M80 to the Eastern Freeway. What’s really changed is that it will cost 260 per cent more.

Imagine if you and your partner agreed to buy a $20,000 car, but you came home to find a new BMW instead. Sure, the BMW is luxurious, but it costs more than twice as much and you only need it to drive the kids to school.

When a government promises to build a road or railway line for a particular price, we should take them seriously – except on price.

New Grattan Institute research shows that initial estimates of the cost of transport projects in Australia are regularly too low, often by huge amounts. When that happens, through government incompetence or worse, taxpayers pay the price, because it makes major infrastructure projects look more attractive than they really are, compared to spending on other priorities such as aged care or mental health.

The Andrews Government may argue that megaprojects like North East Link are needed to keep Victoria moving. But the COVID crisis has pushed population growth off a cliff. And politicians’ first resort should always be to make the most of the infrastructure we’ve already got.

They should do more to tackle the substantial maintenance backlog, for starters. They could tackle congestion by making it more expensive to travel on the busiest roads and trains and trams at the busiest times. And they could make a big difference by pursuing a range of smaller measures, such as improving roads, railways, and bridges.

We all want Victoria to be ‘on the move’. But we should not give our politicians a blank cheque for megaprojects, when there are better and cheaper ways to make Victoria an even better ‘place to be’.