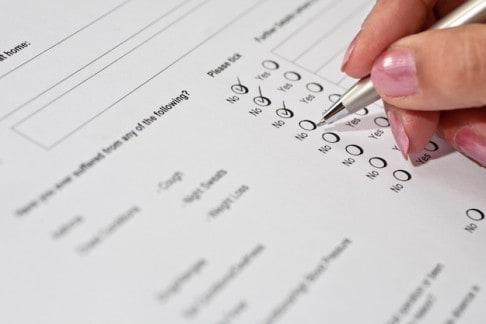 What can we learn from Australia’s My Health Record experience?

Australia’s My Health Record initiative is big on vision, but has stalled in the implementation phase. Facing public distrust over data privacy, what can the program tell us about the opportunities and challenges of implementing an electronic health record in a complex healthcare market?

The benefits of electronic health records (EHRs) are clear. Many patients resent having to repeat their history to every healthcare professional they see. Money is wasted in duplicating diagnostic tests performed before hospital admission that are then repeated on admission, or where the results are not available when required. Emergency care can be compromised due to lack of accessible information.

Digitization can also provide a platform for further enhancements in care delivery, including implementation of evidence-based electronic care paths between primary and secondary (hospital) care, built on improved transfer of information between different healthcare teams. Patient engagement in his or her own care can also be improved through EHRs, potentially enhancing health literacy. Decision-support systems and artificial intelligence – which could improve safety and patient outcomes – could also be applied to an EHR in a way that would be impossible with current paper-based systems.

Australia’s ambitious journey to a national, personally-controlled, EHR started a decade ago with a recommendation from a ‘national reform commission’. Dubbed My Health Record, the project is bold in its vision, but has hit several stumbling blocks in the implementation stage that are instructive to other countries looking to develop similar systems.

An EHR project in Australia was always going to face difficulties. Australians do not have a unique personal identifier that can be used across different parts of their lives; an attempt to create an ‘Australia Card’ ended in failure 30 years ago. Responsibility for healthcare in Australia is fragmented between national and state governments, and there is a large private hospital sector. Primary care – both primary medical practice (general practice) and other aspects of out-of-hospital care – is still mostly performed by independent small private businesses, generally employing a handful of people.

Precisely because of this complexity, EHRs could offer big potential gains for Australia’s healthcare industry, with promises of substantial savings, better care and improved convenience. The initial EHR design was strong on personal autonomy: consumers would have personal control over what was in their record. Healthcare providers, especially medical practitioners, were skeptical about this model, arguing that they could not know whether key information was missing or deleted from the record.

The ‘Personally Controlled Electronic Health Record’, as it was called, was designed as an opt-in scheme – a record would only be created if a person had specifically said they wanted one. This reflected the strong emphasis on personal autonomy in the design. Participation was voluntary – for both consumers and providers.

More than $1 billion AUS was spent on the infrastructure and promoting the EHR. Unfortunately the key political metric adopted was simply participation – the number of consumers and providers who signed up. This created a culture of encouraging people to sign up to the record, deemphasizing meaningful use, and that probably further contributed to skepticism about the project among healthcare professionals (HCPs).

However, despite the emphasis on promoting participation, a decade on and only about six million Australians had registered for the EHR program, out of a population of 25 million.

A change in the national government led to changes to the scheme, including rebranding as My Health Record, a new sponsoring agency (the Digital Health Agency) and, most importantly, a change from user opt-in to opt-out. This is where the project started to encounter serious difficulties: the public had not been properly prepared for this shift, and was mistrustful of the EHR program, despite patient organizations and many HCPs promoting the potential benefits.

The big concern was privacy. The governing legislation – developed when My Health Record was an opt-in model – was relatively lax about releasing information, however this was no longer appropriate for a more wide-ranging opt-out-only public EHR, and attracted criticism from the public, HCPs and their organizations. Healthcare professionals also cautioned against private health insurers having access to My Health Record data. The privacy settings of the record were difficult to navigate for end users, and there were concerns over how easy the records would be to hack, further weakening support.

This lack of public trust has caused the My Health Record initiative to become politicized, and the Australian Senate is currently conducting a full-scale review of the program. The inquiry should serve as a much-needed reset mechanism, and may even help point to next generation solutions such as a blockchain-based system. Certainly, it will be difficult for public trust to be regained without significant change to the scheme.

In the meantime, Australia is lagging behind in EHR implementation. HCPs still transmit information and data about patients by fax. Despite the My Health Record set-back, there is some progress being made, mostly initiatives from individual states, such as Queensland. Unfortunately it will probably be many years before the fax machines can be consigned to the museums where they belong and an electronic health record, providing a secure means of transmitting and sharing data for the benefit of both patients and providers, becomes a national reality.