Who is homeless in Australia? - Grattan Institute

Who is homeless in Australia?

We’ve been hearing a lot about homelessness recently. From the tragic death in Melbourne of young homeless woman Courtney Herron to the increasing numbers of rough sleepers on our streets, there’s growing recognition that homelessness is a big problem in Australia.

But to tackle the scourge, we need to understand who is homeless. Here’s what we do know.

Rough sleepers are the most visible, but they account for only 7 per cent of Australia’s homeless. More often, homeless people are living in homeless shelters or staying temporarily with friends or family. Almost half of all those classified as homeless by the Australian Bureau of Statistics are living in ‘severely crowded’ dwellings (places that would need to have four or more extra bedrooms to properly accommodate the people who usually live there). 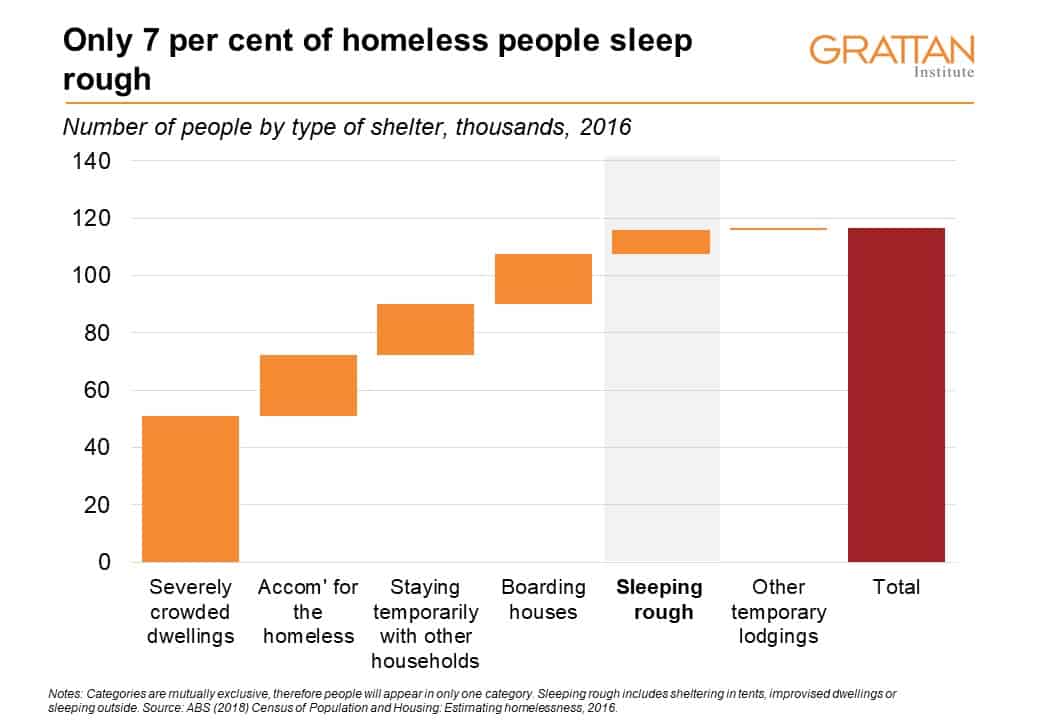 Most homeless people are young: about 60 per cent are younger than 35. 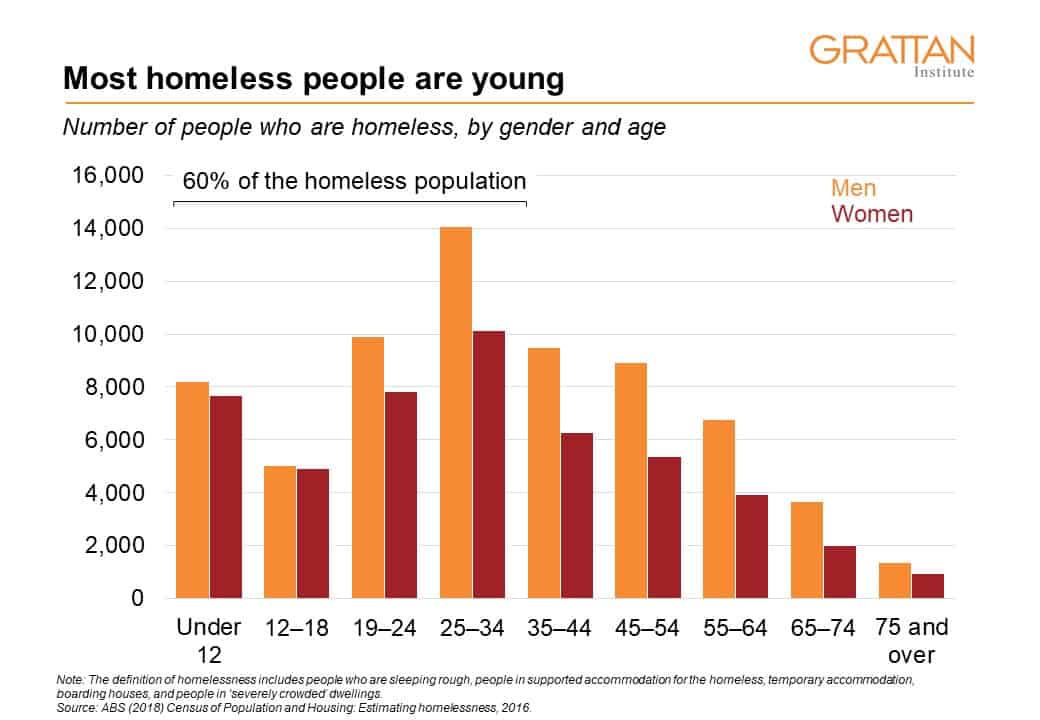 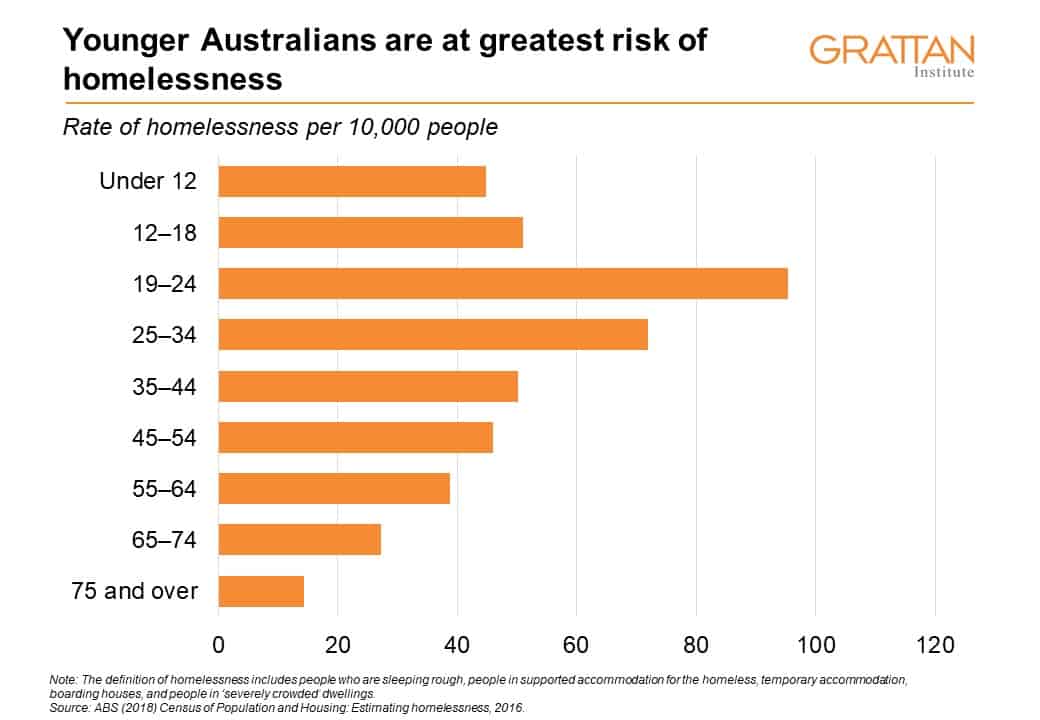 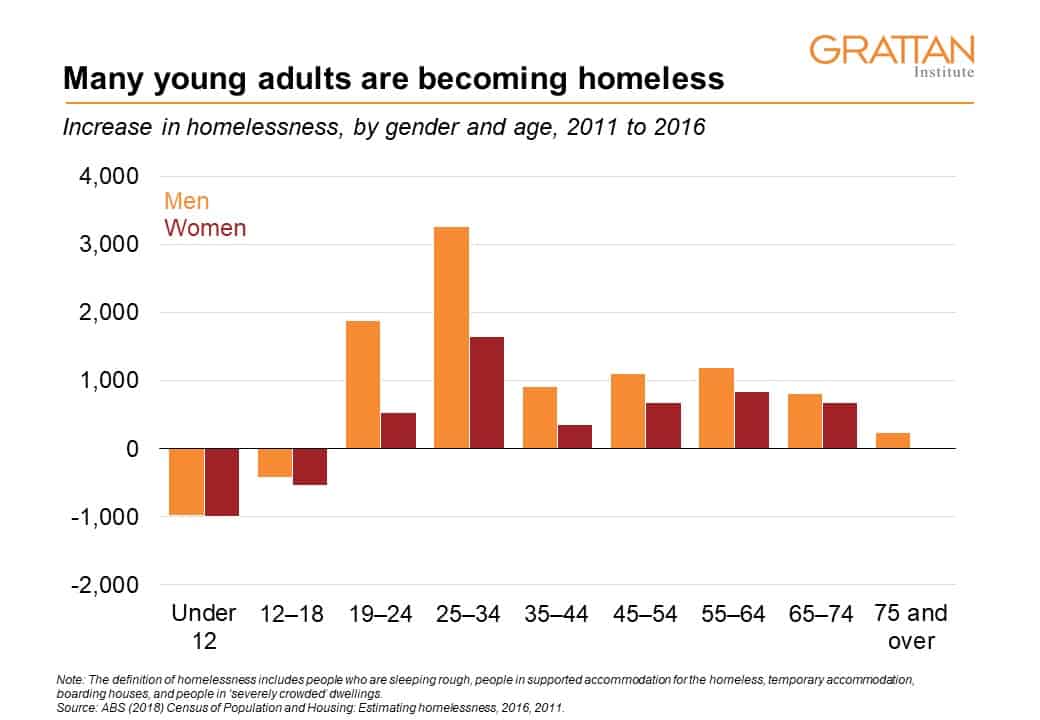 Relatively few older women are homeless, but the risk is rising. Rates of homelessness increased fastest over the five years among single women entering retirement age. 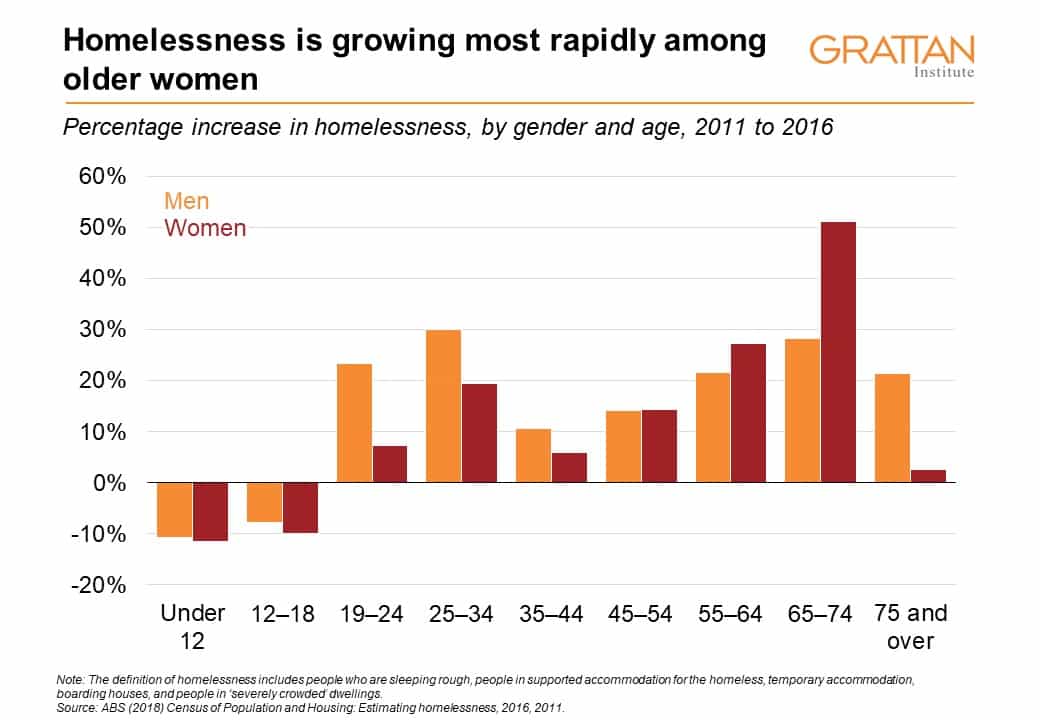 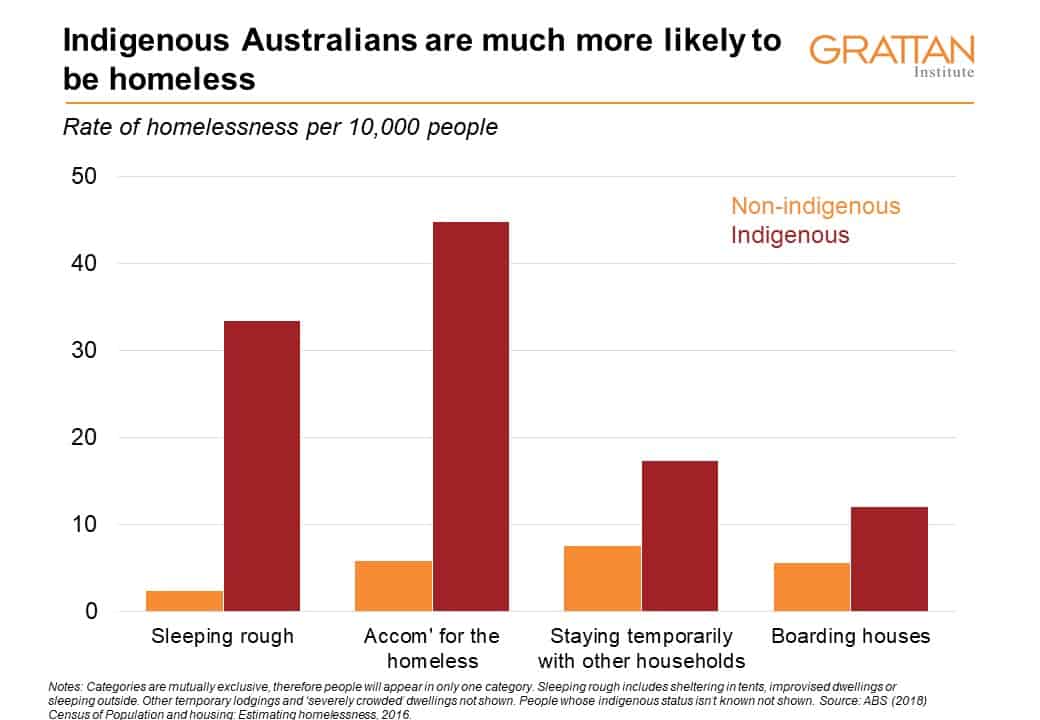