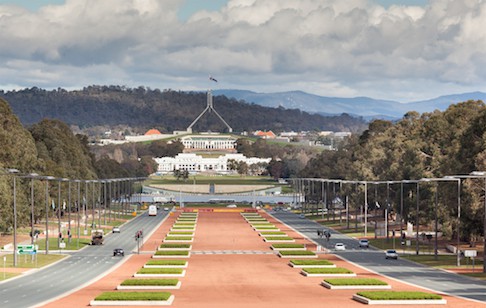 Published at The Conversation, Thursday 4 May

For the last eight years, budget outcomes have consistently been much lower than previous budget forecasts. But in each year, the treasurer has again forecast a happy return to balance over the next four years. Over-optimistic forecasts have made it easy for treasurers to avoid making the really tough decisions on budget repair.

Budget outcomes have continued to surprise because of systematic revenue forecast errors by Treasury, which dwarf actual policy changes in explaining changes to the budget bottom line. These are compounded by the wilful blindness of politicians, happy to use these forecasts to justify avoiding difficult decisions. How the budget estimates were wrong about economic outcomes

Nominal GDP is the most important economic driver of budget outcomes. But nominal GDP outcomes have differed from forecasts by an average of almost 1.5% of GDP, over the past two decades.

An external review of Treasury forecasts conducted in 2012 found that over a 20-year period, the GDP estimates were unbiased. But this glosses over bias at different points of the cycle. The projections systematically underestimated nominal GDP in the boom years, and overestimated it when mining prices fell.

This flies in the face of predictions from economists such as the International Monetary Fund, and the US Federal Reserve who suggest that long-run economic growth in developed countries trended lower even before the global financial crisis, and that future expectations should be lower again.

This debate is not just for policy wonks. Nominal GDP growth influences nominal wages growth. If wages just grow at the rate of the last 12 months, rather than at the higher growth rates forecast for the next four years, income tax collections will be A$7 billion less than the budget estimate for 2019-20.

This mismatch between actual growth and forecast growth is a result of the built-in optimism generator in Treasury’s budget estimates methodology. This assumes that a period of below-trend growth will always be followed by a period of above-trend growth, and so projects much higher growth in nominal GDP and wages in 2018-19 and 2019-20.

How the budget estimates were wrong about tax revenue

Problems with estimating nominal wage growth explain why the reality of income tax collections has been disappointing. There have been different problems in estimating company, capital gains, and superannuation taxes. Forecasting a big lift in company tax revenues may be warranted. The tax is collected in instalments based on the previous year’s profits, with catch-up payments or rebates for the following year based on actual profits.

As a result, revenues should jump during an economic upswing, as there are simultaneously both higher instalments and catch-up payments from the previous year. Tax revenues should increase further once companies have used up all the tax losses they incurred during the global financial crisis by offsetting them against subsequent profits.

But it’s harder to defend the capital gains tax (CGT) forecasts. Treasury believes that CGT revenue over the last few years has been suppressed, as gains were offset by capital losses incurred during the global financial crisis.

Its estimates assume that these tax losses have mostly been used up as offsets against gains in previous years, and CGT revenues will now increase rapidly. Similar assumptions have proved wrong for several years in a row. Maybe 2017-18 will be different.

But there may be another explanation for low CGT revenues, which implies they may stay low for longer. Much of the capital gains tax collected in the past was from earnings on superannuation funds.

These superannuation funds are now under more pressure to report after-tax, as well as pre-tax returns. And so, many now work harder to avoid crystallising CGT liabilities. In particular, super funds shuffle assets between exiting members and members who are contributing new funds.

If this is the reason for lower superannuation and capital gains tax revenues, they are unlikely to return to pre-global financial crisis levels, as the budget estimates assume.

Unbiased projections matter because of the way estimates play into political debate. When the budget is projected to float back to near surplus over the following four years, then it seems less urgent to make politically difficult decisions to repair the budget.

Successive governments have engaged in forecast-led denial of the need for more active budget repair.

For example, Wayne Swan’s rhetoric for the 2011-12 budget claimed:

“We are on track for surplus in 2012‑13, on time, as promised — and this provides the solid foundations for the targeted investments we announce tonight.”

Similarly, Scott Morrison’s take in late 2016 was that:

“This budget keeps us on a sustainable path to bring the budget back to balance.”

Although focusing on the bottom line number is psychologically and politically inevitable, Treasury does warn governments about uncertainty in the numbers. The revenue forecasts come with a particularly large error margin.

Looking out four years, Treasury is 90% confident that government revenues will fall within 17.5 and 23.5% of GDP. This range is so large that if receipts were at the upper end, there would be a healthy surplus, and at the lower end, the current deficit would almost double.

Within this range, politicians are hitching their wagon for budget repair to forecasts where the upside and downside risks are not obviously symmetrical. In practice, this budget strategy has for eight years shifted the costs and risks of budget repair onto future generations.

To hit a four-year target, budget estimates should instead have a pessimistic bias. If there are happy surprises, it’s politically easy to loosen the budget purse strings. By contrast, when reality disappoints, then it is politically hard to make up lost ground by either increasing taxes or reducing expenditure.

So it’s time for a new approach that adopts more conservative forecasts, and makes a genuine commitment to budget repair. How about it, Mr Morrison?