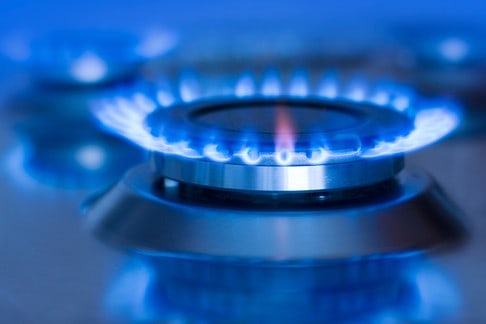 Published at The Conversation,  Tuesday 6 August

Only a supreme optimist would expect it to do all three.

Ministers Frydenberg, Canavan and Taylor have announced a suite of measures, none of which are new, hard policy. Some are a continuation of existing measures, some are political weapons directed at state governments, and some are tantalysingly speculative ideas.

The background to the announcements is that Asian spot prices for liquefied natural gas have fallen significantly, with increasing international supply and unusually weak demand in the northern hemisphere.

Not surprisingly, overseas customers for Australia’s liquefied natural gas locked into long-term contracts and cost-squeezed Australian users are frustrated that they are not paying lower prices. Naturally, they were quieter when spot prices were climbing.

At the same time, there has been some good news on supply.

Origin and Santos are proceeding with a substantial exploration program in the Northern Territory after that government lifted its moratorium on the use of fracking for gas development. The Territory’s Beetaloo Basin has been identified as a major new onshore gas source.

And good news on supply to industrial users. Producers such as APLNG and Santos have been signing new contracts with large users who have in the past have been finding it hard to get reliable supply at acceptable prices, among them Orica, Incitec Pivot and Brickworks.

And good news on transparency. The Australian competition and Consumer Commission has started publishing so-called export netback and transportation prices. Netback is the price gas supplier can expect to receive for exporting its gas after taking account of the delivered price and subtracting the costs of liquefying natural gas and shipping it.

A trigger for this week’s announcements was the government’s deal with Senator Rex Patrick over tax cut legislation. Among the measures promised are three worthy of comment.

First, the government will “consider” options for a prospective national gas reservation scheme. This could mean that gas producers wishing to develop new fields on the east coast and the Northern Territory would have to set aside some of what they produce for domestic use, as happens in Western Australia.

It is clearly controversial. It could distort incentives for exploration and act as a subsidy for gas users to the detriment of producers and taxpayers. Whether the worst can be avoided and some good delivered will depend on what emerges.

And there mightn’t be much that does emerge. It’s not even clear that the Commonwealth has the Constitutional power to unilaterally impose a domestic reservation scheme.

The industry will be relieved that it hasn’t proposed price control, or a retrospective reservation scheme, which would have been even worse.

Second, the government is hoping its commitment will put pressure on state and territory governments to remove “unwarranted restrictions on gas developments”. A successful move to a consistent, science-based, national approach to gas development, including the use of fracking technologies, would be a big step forward.

Third is a list of actions designed to improve transparency and liquidity in the gas market, both wholesale and transportation. It is a worthwhile objective. While “formalised collective bargaining” by industrial users sounds like an intriguing possibility, it is uncertain what will emerge.

Gas supply and prices will not improve without additional supply sources. Prices are most unlikely to fall by two thirds to their historical levels of around a third of current prices.

Wishful thinking will not change the hard facts of rising costs and depleting easier-to-extract resources. Equally wishful thinking that governments should just get out of the way of the market fails to understand the economic damage that is being done by a poorly operating, concentrated and largely opaque market. Government intervention was inevitable.

If this suite of announced actions prompts even a modest increase in supply, and further improvements in market transparency and liquidity, and confidence that consumers are not being ripped off, it will be a success.