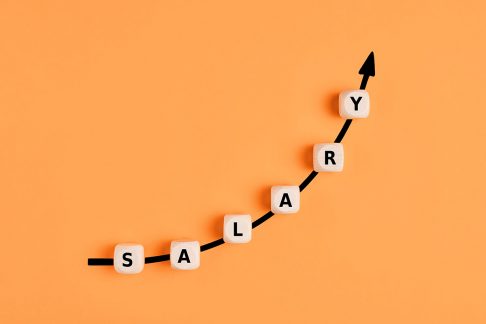 It’s been years since most Australians had a decent pay rise. The average worker’s real wages have risen by just 0.3 per cent each year over the past five years. The COVID-19 recession means they’ll inevitably be waiting longer still. But just how long? Tuesday’s federal budget could hold the answer.

A big reason wages stagnated in the lead-up to COVID is that unemployment in Australia was too high. The jobless rate averaged 5.5 per cent over the five years to February this year – higher than the level needed to spark greater competition among employers for workers and drive up wages.

Back in mid-2019 the Reserve Bank of Australia revised down to about 4.5 per cent its estimate of the unemployment rate we needed for inflation and wages to accelerate. Now we’re mired in the COVID recession, and the RBA expects unemployment to hit 10 per cent by Christmas. Treasury forecasts in August expected unemployment to remain above 6 per cent for the next half-decade. If those in the budget look at all similar, workers should expect only very modest pay rises for several years yet.

In normal times, Australians might expect the RBA to get the economy moving again. But it has cut the cash rate by only half a percentage point since March. By contrast, it cut rates by 4.25 percentage points during the global financial crisis. The cash rate is now close to zero, so the RBA just hasn’t had the same room to move this time.

Instead, it’s Treasurer Josh Frydenberg who holds the fate of workers’ future pay rises in his hands. The Morrison government has already spent up big to shield workers and businesses from the worst of COVID-19. But the job is far from done.

The Grattan Institute estimates that further fiscal stimulus of $100 billion to $120 billion would be needed to bring unemployment back below 5 per cent by the end of 2022. Only
then should workers expect to get sustained pay rises.

So what does good stimulus look like? The Treasurer should focus on creating jobs and delivering longer-term benefits for the community. He has plenty of good options.

Building social housing should be at the top of the list, because that would help cushion the coming crunch for the construction sector and is also fast to roll out.

The government plans to pay half the salaries of new apprentices and trainees for their first year on the job. But it should go further. A broader hiring subsidy – covering all new hires – would get Australians off the unemployment rolls faster.

Government plans to bring forward personal income tax cuts will boost spending, even if some of the money will inevitably “leak” to savings. But tax cuts alone won’t be enough to get the economy moving.

Time-limited vouchers to boost spending in hard-hit sectors such as hospitality and tourism would provide a bigger short-term boost to the economy per government dollar spent. So would permanently increasing the JobSeeker unemployment benefit and rent assistance. These are not traditional temporary stimulus measures, but extra income assistance for the poorest is long overdue.

And the Treasurer should announce more spending on services, particularly in areas of social need such as mental health, aged care and catch-up tutoring for students who fell behind when schools were closed during the COVID crisis.

Just as important will be not turning off the fiscal taps too soon. Over the medium term the government will need to ensure its debt is sustainable and does not continue to rise as a share of the economy. But rushing too quickly to “repair” the budget position would be an economic own goal, pulling away support before unemployment has fallen fast enough and far enough to spark broad-based growth in wages.

The Treasurer should wait until most Australians see their wages growing again before he reaches for the brakes.