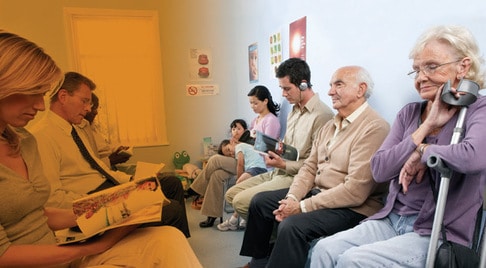 More than a million Australians living in rural and remote areas are denied the access to basic medical care that most city dwellers take for granted.

In seven areas containing one in 20 Australians, limited access to GPs is imposing severe costs on individuals, doctors and the health system. The areas include Tamworth, Goulburn and Mount Isa, as well as the Northern Territory and most of Western Australia.

The shortage of GPs is not just unfair, it is irrational. People in rural areas with low access to GPs are more likely than other Australians to face serious health risks. An inability to get care is likely to cost the taxpayer much more in the long-run than the cost of the changes proposed in this report.

An investment of around $30 million a year would go a long way towards solving Australia’s worst shortages. The funds would support a greater role for pharmacists, especially in providing repeat prescriptions and vaccinations, and the introduction of a new health worker, the physician assistant, to expand care in remote areas.

Without compromising quality and safety, the changes would free up GPs to do the complex work they are trained to do. And the health benefits generated by the reform could reduce the cost of hospital visits by an amount equivalent to the $30 million investment.

For decades, successive government policies have failed to fix the problem. At current rates of improvement it would take more than 65 years for very remote parts of Australia to catch up to the levels of GP services that big cities have today.

Access all areas proposes a relatively cheap and straightforward solution that could be in place within five years, if policymakers are willing to adopt new responses to an old problem.

Stephen Duckett writes about Australians’ access to general practitioners (GPs) in The Conversation.

Watch an interview with Stephen Duckett