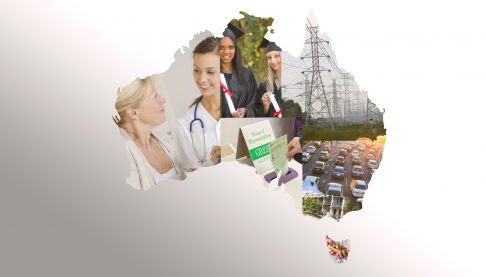 The winner of the 2019 federal election should defy the national mood of reform fatigue and stare down vested interests to pursue a targeted policy agenda to improve the lives of Australians, according to a new book from the Grattan Institute.

It includes Grattan Institute’s new ‘International Scorecard’, which shows Australians live longer than most other people, and public debt is relatively low. But our electricity supply is more polluting, less reliable and more expensive than in comparable countries; we lag behind other developed economies on school results; and housing costs and homelessness are relatively high.

The challenge for the next Commonwealth Government is to revive Australia’s proud tradition of enlightened public policy. The next government needs to choose to do less, but deliver more. We can continue to be the lucky country, but we must make our own luck.

Drawing on 10 years of Grattan research and reports, the Orange Book finds Australians’ living standards have stagnated, the pace of economic reform has slowed, people are increasingly anxious about their financial prospects – and our political system is not dealing well with these challenges.

On health, the Orange Book calls for a universal dental care scheme, so all Australians can go to the dentist when they need to; a boost to primary care, with new reforms to Primary Health Networks and GP payments; and a comprehensive review of the private health sector, including private health insurance.

On housing, the book recommends that the Commonwealth provide incentives to states to loosen planning laws so that higher density is permitted in the established middle suburbs of our capital cities; a 40 per cent increase in the maximum rate of Commonwealth Rent Assistance; and funding for additional social housing tightly targeted towards Australians at high risk of homelessness.

On retirement incomes, it urges the next government to abandon the current plan to increase compulsory superannuation payments from 9.5 per cent to 12 per cent, which would force workers to accept lower living standards today even though they are already likely to enjoy living standards in retirement comparable to living standards while working. It advocates changes to the Age Pension assets test that would loosen the assets test taper but include more of the value of owner-occupied housing. And it backs proposals to select “best in show” funds for default superannuation, to drive down costs and improve returns.

Major tax reform is needed to support economic development. The book recommends reducing income tax and modifying welfare tapers and childcare benefits to remove barriers and increase incentives for second income earners (usually women) to participate in the workforce. It also advocates an accelerated depreciation scheme for new investment by companies. To pay for these changes (and avoid other tax increases), the next government should cut the capital gains tax discount from 50 per cent to 25 per cent; wind back negative gearing; tighten superannuation tax concessions; and broaden or increase the GST. To increase workforce participation of older Australians, the government should ask the Productivity Commission to investigate the costs and benefits of raising the pension age to 70.

On energy, the book urges the incoming government to develop a clear, credible policy to tackle climate change. Our political leaders must be honest with voters: Australia needs to move to a low-emissions economy, and that transition will cost money. A raft of reforms to electricity generation, distribution and retailing are also required to push down energy costs.

On transport, the book calls for a more disciplined approach to assessing, selecting and reviewing major projects, to put brakes on spending billions of dollars in the wrong places for the wrong (often politically motivated) reasons.

On school education, it suggests that the government needs to finish off school funding reforms, and set up a national evidence institute, while strengthening incentives for universities to improve initial teacher education.

On budgets, it suggests enshrining fiscal targets in legislation, giving the Parliamentary Budget Office responsibility for macroeconomic forecasts that underpin the budget and publishing an Intergenerational Report that includes long-term projections of both Commonwealth and state government revenues and spending.

The Orange Book identifies a crisis of trust in politics in Australia, with a growing sense that people in government look after their own interests and can’t be ‘trusted to do the right thing’. It calls for institutional changes to help restore faith in our democracy, including introducing a strong integrity commission, capping expenditure on political advertising during election campaigns, and new rules to ensure voters know who is donating to the political parties and who is lobbying our political leaders.

These are evidence-based policy recommendations designed to serve the interests of all Australians rather than sectional interests. Our next government should seize the opportunity to forge a happier, healthier, more prosperous Australia.

Listen to a podcast with the authors discussing the report 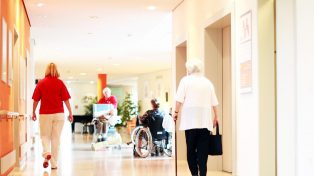