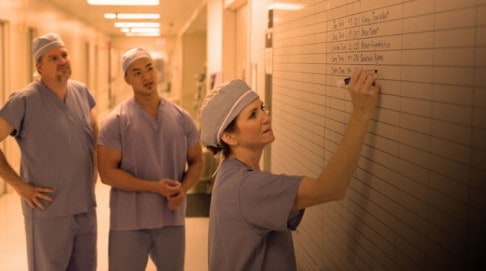 A better pricing system for public hospital treatment would show where costs are too high, and free up $1 billion for more and better health care.

The gulf between treatments in high and low-cost hospitals in Australia is vast, with no good reason for such variation. In New South Wales, for example, the difference in the cost of a common gall bladder treatment between the highest and lowest-cost hospitals is more than $4,000, and the difference in the cost of a hip replacement more than $16,000. In many states the gap between the most and least expensive hospitals is more than $1,500 for every admission — and in some states it is much greater — even when all legitimate funding differences among hospitals that we can measure are taken into account.

This money is not being used to provide better care – it is simply being spent inefficiently and could be used for much better ends.

To achieve the savings, the report urges state governments to make three reforms. They should pay hospitals for treatments on the basis of an average price once all avoidable costs we can measure have been removed.

Second, they should make data available to hospitals so they can compare themselves to their peers and see where they can cut costs. Third, governments need to be tougher and hold hospital boards to account when they fail to control costs.
But even with these changes, it is up to hospital leaders, managers and doctors to find the best ways to improve.

Hospital spending is the fastest growing area of government spending, and is projected to increase with new technologies and an ageing population. We have to keep health care affordable and the health budget under control. Rooting out inefficiencies in public hospital systems is a good place to start.

Stephen Duckett and Peter Breadon write about hospital spending in The Conversation, The Australian and The Sydney Morning Herald.