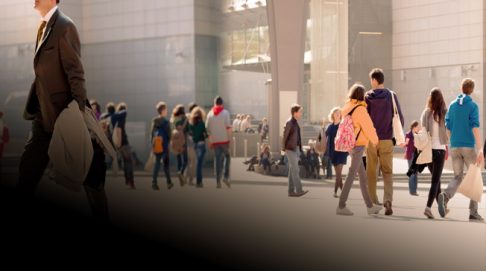 The graduate gender pay gap in Australia is narrowing, with more women in paid work than ever before. Women’s earnings generally outpaced men’s over the past decade – but the pay gap remains large.

Female university graduates are now expected to earn 27 per cent less than men – or $750,000 less – over their career. Ten years earlier, the gap was 30 per cent.

This is a policy success story. As paid maternity leave has become more widely available, more women are choosing to stay employed when they become mothers, rather than quitting the workforce. And this trend is expected to continue. As subsidies make childcare more affordable for women returning to work, more are doing so full-time.

Gender equality in the workforce is not yet a reality in Australia, but it is slowly getting closer.

More broadly, growth in professional jobs in Australia did not keep up with the growing number of graduates over the decade, and recent graduates are getting less financial benefit from their degrees than earlier graduates at the same point in their careers.

In early 2017, 28 per cent of recent graduates who were looking for full-time work were yet to find it four months from completion, up from 15 per cent in early 2008, before the global financial crisis.

Earnings either grew weakly or declined over the past decade for early-career graduates from all disciplines except education, nursing and medicine. A median-income male graduate in science, commerce or law earned less in 2016 than in 2006, although law graduates still have above-average incomes.

Although the labour market remains tough for young graduates, it has improved since its lowest point in 2014, reflecting recent growth in professional jobs.

Health-related courses have experienced the strongest growth over the last decade.

After a decade of rapid growth, domestic commencing bachelor-degree enrolments are now growing slowly and so higher education participation will plateau over the next few years.

International student enrolments are still booming, bringing in more than $9 billion in fee revenue in 2017. China and India are the largest source countries.

Australian public universities still receive more than half their cash flow from government grants or loans, but are becoming less reliant on government.

In 2018, the Commonwealth Government will spend less in real terms on tuition subsidies than it did in 2017, the first annual drop since 2003.

Public spending on research has fallen in recent years, although total research spending by universities is up slightly, to $11 billion in 2016.