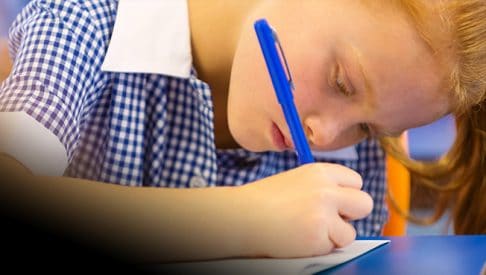 A new Grattan Institute national report card on NAPLAN school results reveals big differences between the states on the rate of progress students make over the course of their schooling.

Victoria is the reverse: students in disadvantaged Victorian schools make four months more progress than the national average from Year 7 to Year 9, but the state does not do as well in stretching advantaged students.

Contrary to popular perception, Tasmanian and Northern Territory schools are not under-performers. The report shows that their students progress broadly in line with students in schools of similar socio-economic advantage in other states.

The ACT is the worst performer on the Grattan Institute’s measure of student progress, which takes account of the fact that some states and territories have more advantaged students than others. On this like-for-like basis, students in the ACT make two to three months less progress than the national average in both primary school (between Year 3 and Year 5) and secondary school (between Year 7 and Year 9).

This finding should ring alarm bells in cabinet rooms and education departments across Australia. If governments are serious about delivering on the Gonski vision of ‘at least one year’s growth in learning for every student every year’, then disadvantaged schools must be a big priority.

Whether a student attends a government, Catholic or independent school has little impact on how fast they progress in NAPLAN. Low rates of progress in regional and rural schools are mainly explained by their high levels of disadvantaged students. And whether a student goes to a big or small school has little relationship to how well they will learn.

Governments should investigate why students make more progress in some states than others, with the goal of identifying the teacher practices and school policies that produce the best results for our children.