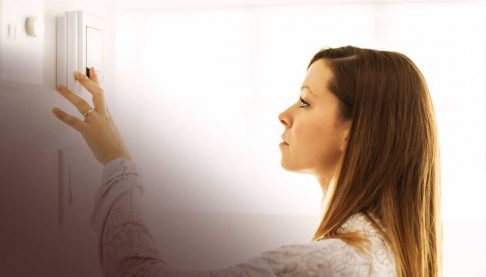 Chaotic approaches to energy policy have pushed up electricity prices and scared off investors.

Governments feel compelled to respond when electricity supply is lost and when prices are too high, but ad hoc and uncoordinated actions by federal and state governments have made things worse.

The energy sector is likely to need in the order of $150 billion in new utility-scale generation assets over the next 30 years. The Federal Government is making this investment harder by bashing big companies and intervening in the market with knee-jerk policies such as the taxpayer-funded $5 billion Snowy 2.0 pumped hydro project and the ‘Underwriting New Generation Investments’ program. After the 2016 statewide blackout, the South Australian government deployed expensive diesel generators at short notice, which ultimately were used for only four hours – at a cost of $111 million.

Significant investment is needed to transition from old and dirty to new and clean energy, while keeping the lights on. But we are currently doing this the hard way – and Australia’s governments, state and federal, are not helping.

Governments have a bad track record at ‘picking winners’, and their interventions crowd out alternative, generally better, investments.

The Federal Government’s fight to avoid the impending closure of the Liddell coal power station in NSW makes it harder for Australia to achieve its emissions reduction targets, and is likely to increase electricity prices and reduce the reliability of supplies.

The states should work together to fill the climate-change policy vacuum. Over the past decade or so, successive federal governments have proposed and rejected five emissions policies. The states’ responses have added to the mess, using different mechanisms to try to meet different emissions reduction targets. The upshot has been growing frustration for investors and higher prices for consumers.

The states should abandon their uncoordinated policies and instead implement a nationwide emissions reduction policy through state-based legislation.

While a national policy led by the federal government would be ideal, a state-based policy would be far superior to no policy at all. It would resolve a key element of uncertainty that has held back investment in both renewable and dispatchable generation – and so it would ultimately led to lower bills and increased reliability.

In the meantime, the Federal Government should abandon its current approach of ‘big stick’ threats to the major energy companies, ad hoc market interventions, and taxpayer-funded support for electricity generation. Instead it should help get the electricity market back on the right track by providing clear, rules-based policies to better manage investments in transmission and closures of coal plants.

Australia’s coal fleet is ageing and will progressively retire over coming decades. The abrupt closures of the Northern power station in South Australia in 2016 and the Hazelwood power station in Victoria in 2017 have heightened political concerns that future closures will push up electricity prices and reduce reliability.

To improve clarity on coal closures, generators should be required to place hundreds of millions of dollars into escrow to ensure orderly retirement.

Under the ‘Grattan coal closure model’, coal plants would need to nominate closure dates. If they then closed earlier than promised, they would forfeit the money and it could be used to try to cover any reliability problems caused.

Recent and current government actions imperil Australia’s great energy transition. Yet the transition to a low-emissions future is inevitable and desirable. This report charts the path to success.