Read the article in The Age

Read the article in The West Australian

Read the article in The Advertiser

Read the article in The Australian Financial Review 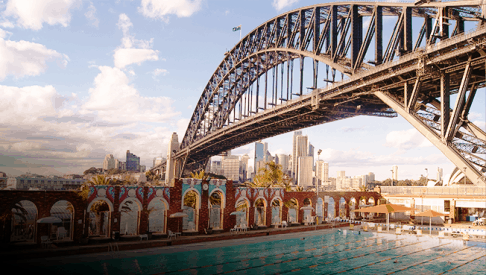 Remarkably adaptive: Australian cities in a time of growth

by Marion Terrill and Hugh Batrouney

Australia’s urban commuters have little to fear from population growth, if recent experience is any guide. Contrary to frequent media reports, the population boom has had little impact on commuting.

The average commute distances and times barely increased over the five years to 2016, even as Sydney and Melbourne’s populations grew at rates among the highest in the developed world, by 1.9 per cent and 2.3 per cent each year. Brisbane, the Gold Coast, the Sunshine Coast, Canberra and Darwin also grew strongly.

The benign impact of population growth is partly explained by the spread of jobs within the major cities. It’s a misconception that jobs are centred in CBDs, which become harder to get to as cities grow. In reality, fewer than two in ten people work in CBDs, whereas three in ten work in a suburb just away from home.

The importance of suburban `employment centres’ is overblown. Parramatta is the location of only 2.3 per cent of Sydney’s jobs, and Clayton, home of Monash University and medical centre, accounts for only 1.7 per cent of Melbourne’s jobs. In Sydney, Melbourne, Brisbane, Adelaide and Perth, three quarters of jobs are dispersed all over the city, in shops, offices, schools, clinics, and construction sites.

Even though commutes are not getting much worse, the level of congestion in the largest cities is a problem. Trains, buses and trams can be overcrowded, and commuting times can be unreliable. While most drivers are delayed no more than five minutes getting to work, the delay can be much longer on bad routes.

But the situation is not spiralling out of control. Migration has not brought cities to a standstill. Cities have coped even though major new projects including Melbourne Metro, WestConnex in Sydney, and Brisbane’s Cross River Rail have not yet been completed.

People adapt – they are not hapless victims of population growth, depending for their wellbeing on governments building the next freeway or rail extension.

Governments should focus on facilitating the natural adaptations people make. They should limit zoning and planning barriers to people and firms locating where they want to be. They should follow the ACT’s lead and phase out stamp duty, which effectively locks people into staying put when they otherwise might move house. And Sydney and Melbourne should introduce congestion charges, to encourage drivers who don’t really need to travel at peak times to stay off the most congested roads.

With these changes, the benefits that draw people to live and work close together can outweigh the congestion and crowding that trigger demands to shut new people out.

Listen to a podcast of the authors discussing the report

Read the article in The Age

Read the article in The West Australian

Read the article in The Advertiser

Read the article in The Australian Financial Review