A public discussion of the report was held in Melbourne on Thursday 24 October.

Attend a public discussion of the report in Sydney on Thursday 7 November. 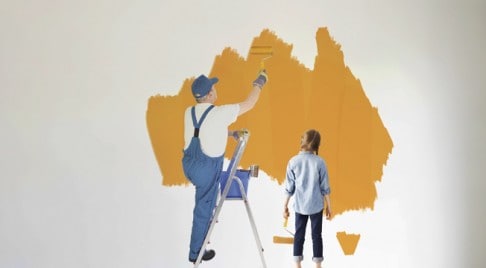 Housing policy in Australia is overdue for a major renovation. Government tax and welfare policies, by favouring homeowners and property investors over people who rent, are increasing the divide between Australians who own housing and those who do not.

The divide is income-based and it is generational. While home ownership is stable or declining slightly in Australia, there are sharp falls in ownership rates among households with low incomes or aged under 45.

This report quantifies major government outlays on the private housing system to reveal the cumulative impact of tax and welfare policies on housing, economic productivity and inequality in our cities.

Through policies such as exemptions for the family home from land and capital gains taxes and the eligibility test for the aged pension, governments provide benefits to homeowners worth $36 billion a year, or $6,100 on average for each homeowner household.

Through negative gearing rules, and the capital gains discount introduced in 1999, the Commonwealth provides residential property investors with nearly $7 billion a year, or $4,500 on average for each property investor.

Private renters, by contrast, receive very little support through the tax and welfare system, even though they make up nearly one in four households.

By increasing demand for residential property, these policies help to push up property prices and lock many homebuyers out of the market.

Combined with rules that restrict development in established suburbs, they force many households to buy on the city fringe, further from transport and jobs.

Governments must take a systemic approach to housing policy: set clear principles and objectives over time and produce policies that combine to achieve these goals. We need a public conversation about who wins and loses from current policy, and how to create a fairer playing field.

Home ownership brings so many benefits that most individuals will want to do it – they do not need a subsidy. If governments want to increase home ownership and at the same time give renters a better deal, they should reject policies that reward those who already own homes while making life harder for those who don’t.

A public discussion of the report was held in Melbourne on Thursday 24 October.

Attend a public discussion of the report in Sydney on Thursday 7 November.