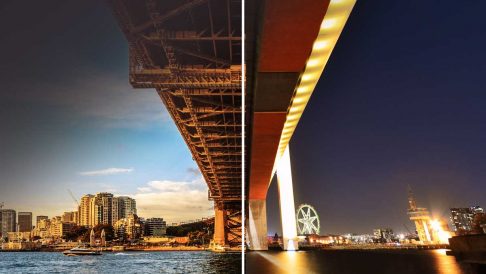 Drivers should be charged $5 to enter the Sydney and Melbourne CBDs in the morning peak and another $5 to exit in the afternoon peak, as part of a package of reforms to make our biggest cities work better.

The scheme would reduce the number of cars entering the CBDs each morning by about 40 per cent.

The money raised should be spent on upgrading CBD streets to make them safer and less congested for pedestrians.

Grattan’s previous report, Why it’s time for congestion charging, showed that congestion charging was the fairest and most effective way, with the least cost and hassle to travellers, to ease congestion in Australia’s capital cities. This new report details how charging should work in the two biggest cities.

Driving to and from the CBDs would remain free at all other times of the day, on weekends, and on public holidays.

The ‘cordon’ for the Sydney CBD should cover the area west of and including the Domain, north of Central Station, and east of Pyrmont.

The cordon for the Melbourne CBD should include the Hoddle Grid, the high-rise areas of Docklands and Southbank, and the wedge to the north of the city formed by Victoria, La Trobe, William, and Peel streets (encompassing the Queen Victoria Market).

Transport modelling by Veitch Lister Consulting shows that in Sydney, average speeds on CBD roads would increase by 11 per cent in the morning peak – good news for tens of thousands of bus commuters. The cordon charge would materially speed up a number of routes toward the city from the eastern suburbs, the airport, the inner west, and the north shore, and could improve traffic flow as far from the CBD as Frenchs Forest in the north, Brighton-Le-Sands in the south, Burwood in the inner west, and Macquarie Park in the north-west.

In Melbourne, average speeds in the Hoddle Grid would increase by about 16 per cent during the peaks. Arterial roads to the city from all points of the compass would flow better, including major north-south tram corridors such as Sydney Road and Brunswick Street. Traffic speeds could increase as far from the CBD as Niddrie in the north-west, Mulgrave in the south-east, Hampton in the south, and Altona North in the west.

Within five years of the CBD cordon charges being introduced, a per-kilometre charge should be imposed in peak periods on the most congested arterial roads and urban freeways in both cites.

A 30-cents per kilometre change could increase speeds on the charged roads by more than 10 per cent in the morning peak.

In Sydney, the ‘corridor charge’ could apply to sections of the A3 and the A6, the Victoria Road – Western Distributor (A4) corridor, and the M5 East – M1 corridor past the airport.

Eventually, drivers should be charged on a per-kilometre basis for driving across each city’s entire road network at the busiest times – but only as part of a package of measures including abolishing fuel excise and creating a safety net to ensure people on low incomes and with impaired mobility are not disadvantaged.

Politicians in Australia have been sceptical about congestion charging, but Grattan’s designs show that it is feasible, effective, and can be done fairly.

Ambitious reforms are always challenging for governments, but Australian governments have the advantage that they can learn from major cities around the world that have already successfully implemented congestion charging.

It’s time for Sydney and Melbourne to join these cities in the fast lane.