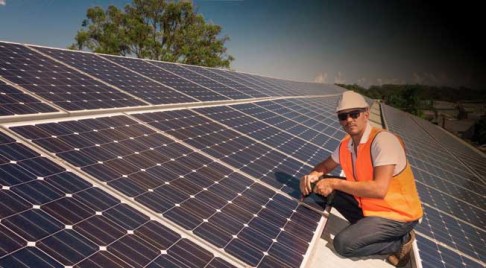 Sundown, sunrise: how Australia can finally get solar power right

An energy revolution is at hand in Australia, as the arrival of home batteries combines with the falling cost of solar panels to transform the centralised grid. But for its benefits to be spread fairly and efficiently, governments must avoid the mistakes of the past by rejecting expensive subsidies and by setting charges that reflect the true cost of providing electricity.

In the first phase of large-scale growth in solar, lavish feed-in tariff schemes introduced between 2008 and 2011 encouraged 1.4 million households to install panels on their roofs – the highest proportion of households of any country.

State governments began winding back the schemes in 2012, but by the time the last runs out in 2028 they will have cost the economy $9 billion. Worse, people who chose not to install solar, or could not afford it, have paid for the schemes through a subsidy to solar PV owners worth $14 billion.

The schemes have reduced emissions, but at a very high price. There are much cheaper ways to tackle climate change.

In the coming second phase of solar growth, state governments should introduce new electricity tariffs that encourage consumers to use less power in periods of peak demand. The tariffs would remove a subsidy to solar PV owners, making their panels less profitable in the short term, but they would also open the door to radically new uses of power that will transform the grid and cut both costs and emissions.

As home batteries come on the market from as early as next year, people will be able to store power from their solar panels during the day then use it in the evening when demand on the network is greatest. This will reduce the load on the network, cutting power prices not just for solar panel owners but for everyone.

But network businesses have some difficult decisions ahead to ensure they remain profitable. Some infrastructure in electricity networks may become redundant as consumers draw less power from the main grid. Governments must decide now who will pay for these asset write-downs.

The journey to a new electricity system has begun. If we manage the transformation poorly, consumers will pay again. If we do it well, everyone can benefit from a more efficient, sustainable and affordable system.