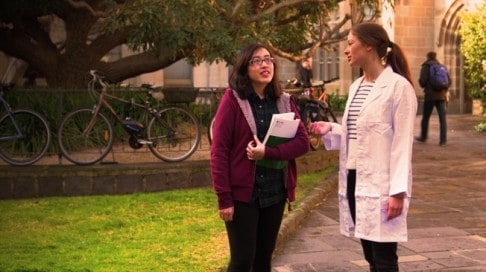 Student fees now comprise a fifth of public university funding – almost $6 billion a year. In 2013 about $4.3 billion of these fees were paid by international students. The rest were paid by domestic students, with postgraduate students paying more than $900 million.

Last year 312,500 international students were enrolled in Australian universities, nearly twice as many as in 2001, and nearly a quarter of all enrolments.

Annual median international undergraduate fees range from $21,000 to $28,000, depending on discipline, but many students prefer more expensive universities, even when they charge twice as much as the cheapest universities do. Australian students, however, are far less willing than international students to pay a large premium for entry into prestige universities.

In the domestic postgraduate market, by contrast, universities do not always take a commercial approach to setting fees, choosing instead to charge lower amounts for some courses to fulfill their social mission.

In some fields, such as nursing, it is not unusual for universities to receive less from a fee-paying student than from a Commonwealth supported student.

On average universities charge international students about 50 per cent more than they charge domestic fee-paying students.

More than half of all undergraduate international students study commerce, with engineering the next most popular course.

A future Grattan report will explore what profits universities make on fee-paying students and the policy implications of what happens to the money.